Egypt’s central bank said in statement on Monday it had not received a request from Lebanon’s Bank Audi to sell its Egyptian unit.

Media reports said Bank Audi planned to sell its Egyptian unit as part of a restructuring process to deal with the financial and banking crisis in Lebanon.

In a related development, the governor of Lebanon’s central bank denied on Sunday reports that he had previously said that banks could convert US dollar deposits into Lebanese pounds.

In a statement Governor Riad Salameh said, “At no point did I mention that banks could convert their deposits in dollars into Lebanese pounds.”

Salameh was referring to several media reports which discussed an interview he did with the Lebanese news channel MTV. Pressure in Nord Stream 1 lines stabilized as of Oct. 3 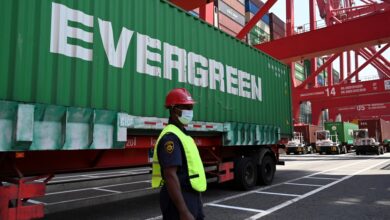