Egypt has received a batch of more than 1.7 million doses of the AstraZeneca vaccine through the COVAX initiative, the health ministry said on Thursday.

Egypt received its first COVAX delivery of 854,000 AstraZeneca doses at the start of April. It has also received several batches of the Sinopharm vaccine from China, bringing the total number of vaccine doses delivered to 5 million, the health ministry said.

Egypt, with a population of just over 100 million, is trying to contain a third wave of COVID-19 infections and the government has put in place some restrictive measures until May 21, shortening opening hours and banning large gatherings.

Some 2.7 million people have registered online with the health ministry to receive a vaccine.

Egypt had officially confirmed 240,927 coronavirus cases including 14,091 deaths as of Wednesday.

Officials and experts say the real number of infections is far higher, but is not reflected in government figures because of low testing rates and the exclusion of private test results. 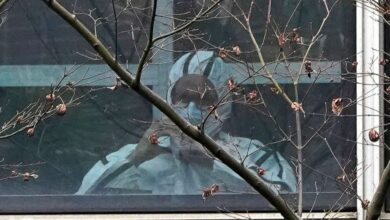 Is Almond Butter Healthy? 4 Things Nutritionists Want You to Know

How to get big arms: this bicep push up is a killer move