The government has brought forward a goal of producing 42 percent of its power generation from renewables to 2030 from 2035, but missed a target of 20 percent for this year.

The two new projects, with a combined cost of over $1 billion, are both backed by the International Finance Corporation (IFC), which approved them at board level last week, Vivek Pathak, IFC’s head of climate business, said.

They are under negotiation and should be finalized soon, though the exact date was unclear, he said in an interview on the sidelines of COP27 in Sharm el-Sheikh.

One is for a 500 megawatt (MW) solar plant near the southern Egyptian city of Aswan, an area already home to one of the world’s largest solar parks, to be developed by Dubai-based AMEA Power, according to a disclosure on the IFC website.

The other is a 500MW wind plant to be built by a consortium owned by AMEA Power and Japan’s Sumitomo Corporation near Ras Ghareb on the Red Sea coast of the Gulf of Suez.

In the run up to COP27 and during the summit, Egypt has announced renewable energy deals, including memoranda of understanding with Emirati firm Masdar and Egypt’s Infinity for a 10GW wind plant, and with Saudi Arabia’s ACWA power for another 10GW plant.

Egypt has 6.8GW of installed wind, solar and hydro power, and aims to raise renewables capacity to 10GW by the end of 2023, said Ahmed Mohamed Mohina, a senior official at Egypt’s electricity and renewable energy ministry.

The country had spent $7 billion adapting its grid in the last seven years and was studying a “green corridor” of power lines to transmit renewable energy, he said.

However, the share of non-hydro renewable power in Egypt’s total energy mix was just 5 percent 2021, well below potential, the World Bank said in a report published this month.

Renewable energy generation had been hampered by price distortions after Egypt doubled its installed power capacity to nearly 59GW between 2014 and 2021, creating a surplus mainly through the installation of giant gas-powered plants, the report said.

One of the obstacles was that even after power purchasing agreements were agreed, negotiations over tariffs in Egypt could delay projects, said Chris Antonopoulos, CEO of Lekela, which operates the West Bakr wind farm on the Red Sea coast.

“Everyone knows that the natural resources there are so great in Egypt that there is much more competition than in other places,” he said, adding that wind speeds of 9-11 meters per second in the Gulf of Suez were exceptionally high.

Earlier this year, the government introduced grid integration fees for solar plants producing more than 500KW of power. Despite pushing the limit to 1MW a few months later, some in the industry said the fees posed a major challenge to large-scale projects.

Mohina said the fees were needed to help adapt the grid to be able to absorb more renewable power. 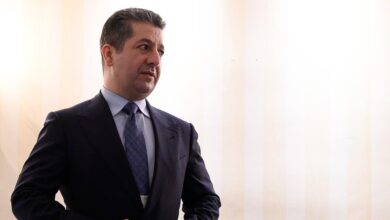 Qatar in talks with TotalEnergies, Eni for stake in Lebanon gas block 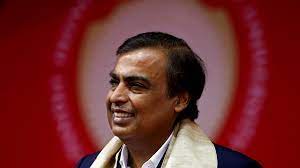