President Kais Saied says he will remake Tunisian politics in 2022 with a new constitution and parliament after seizing executive power last year in a move his foes call a coup – but the threat of national bankruptcy may upend his plans.

The country requires an international rescue package to avert a disastrous collapse in public finances, with some state salaries delayed in January. But as time runs out, donors say Saied has not done enough to bring them on board.

They want him to embrace a more inclusive political process to ensure Tunisia’s young democracy survives, and strike a publicly acknowledged agreement with his major rivals on unpopular economic reforms to tame spending and debt.

The costs of failure could be catastrophic – terrible hardship for Tunisians, a slide into full-blown autocracy, or a social explosion that could inflame a migration crisis and create opportunities for militants.

Saied already faces bolder opposition than at any point since his July moves to suspend parliament and dismiss the prime minister, but a sharp decline in living standards could prompt major unrest among a people already sick of years of stagnation.

That would test not only Saied’s ability to achieve his political ends, but whether he would unleash the increasingly assertive security forces on opponents, despite his promise to uphold rights and freedoms won in the 2011 uprising.

While there has been no big crackdown on free speech or major campaign of arrests, there were recent hints of a more aggressive posture towards dissent including the detention of an opposition figure and the harsh policing of a protest.

“The security apparatus has a strong hand with Saied now,” said a source close to the presidency.

Saied’s main opposition, the big parties in parliament, are themselves deeply unpopular and Tunisians appear bitterly divided over their leaders. Even inside Saied’s small team, there have been ruptures between rival camps.

It all points to a volatile year for Tunisians, who are still trying to solve the puzzle of a president whose uncompromising but unconventional approach has often mystified his supporters, opponents and foreign allies alike.

Under intense pressure, Saied announced a roadmap out of the crisis in December, launching an online consultation for a new constitution that he says a committee of experts will draw up before a referendum in July. The election of a new parliament would follow in December.

Donors do not think these steps alone meet their call for a return to normal constitutional order through an inclusive process and want to see the powerful labour union and major political parties directly involved.

Meanwhile the government Saied appointed in September is seeking an International Monetary Fund (IMF) rescue package, which the finance minister says he hopes to secure by April, that is needed to unlock almost any other bilateral aid.

Donors think any agreement is very unlikely before the summer, a timeframe that may be too late to avert serious problems including pressure on the currency, payment of state salaries and the import of some staple subsidized goods.

The economy is a constant source of public unease, though opinions about the president’s handling of the issue differ. Tunisians are already complaining of shortages of some goods such as sugar and rice.

“Democracy is collapsing day by day. Prices have risen sharply. Wages are less secure each month,” said Sonia, 38, a teacher in Tunis.

“The president needs time. He is trying to rebuild a state that was broken when he took over,” said Imed ben Saied, also from Tunis.

However, while the initial Tunisian presentation to the IMF was described as satisfactory, donors thought it lacked both detail and – critically – the inclusive political buy-in needed to carry out any reforms promised.

Though Saied met the labor union head last month for the first time since July, there is little evidence yet that either the president or the union are willing to publicly back reforms on the scale needed for IMF help.

Though much of the political elite has lined up against Saied’s power grab, protests so far have been relatively modest by historical standards. An economic crisis on the scale of those in Lebanon or Venezuela – which the central bank governor warned of a year ago – would likely cause serious unrest.

Saied since July has largely allowed protests against his moves, though a January demonstration was banned on COVID-19 grounds and harshly dispersed by police.

Most media, including the state-owned news agency TAP, have still reported criticism of the president and government but the journalists’ union says state television has stopped featuring political parties in discussion programs.

Major unrest or mass protests against the president could test that. Rights groups are concerned by the continued use of military courts for civilians, by arrests of some opposition figures and by an apparent undermining of judicial independence.

A separate source close the presidency said security issues were behind the ousting of Saied’s top aide Nadia Akacha, who resigned last month. The source said the security establishment wanted “a strong approach to impose what they want”.

Diplomats warn a failure of Saied’s bid to remake politics may not lead to a return to full democracy, but to a more brazen autocracy emerging from the economic ashes of the 2011 uprising. 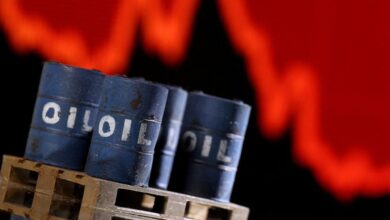