US President Donald Trump recently caused controversy by suggesting that the US should not sacrifice its economy in its efforts to slow the spread of the coronavirus pandemic.

“We lose thousands and thousands of people a year to the flu. We don’t turn the country off,” said Trump, adding “You can destroy a country this way by closing it down.”

While Trump was widely criticized on social media for prioritizing stocks over people, his comments were made within the ongoing debate over the best response to coronavirus: Should authorities do whatever they can to combat the virus, even if it means damaging the economy – and likely causing more human suffering – in the long run?

I’d be willing to give up my life to save other lives, but not for money or jobs. The economy will recover. We can bring people back from the dead. #COVID

Governments across the world have responded to the coronavirus pandemic by shutting down borders and telling businesses to send their employees home, drastically cutting productive economic activity.

Global markets have plummeted in response, with some experts suggesting that the coronavirus-fueled recession would be worse than the 2008 financial crisis.

“It’ll be worse, the percentage point loss of global GDP was relatively limited after 2008… This could be 10, 20, 30 percent in a relatively short run simply because people can’t go to work. And that’s what’s different,” Professor Stephen Thomas, associate dean, MBA programmes at Cass Business School in Dubai and London told Al Arabiya English.

Central banks and governments across the world have stepped up efforts to mitigate the economic fallout of the coronavirus.

Overnight, the US Senate leaders and the Trump administration reached agreement on a $2 trillion stimulus package, while the US Fed, in an unprecedented move, has said that its capacity to buy debt and support the economy is virtually without limit. Meanwhile, in the Middle East, authorities have pledged billions in stimulus, with additional fund announcements announced periodically.

However, the IMF has still warned that the impact of the pandemic will be “quite severe.” In a statement yesterday, IHS Markit Chief Business Economist Chris Williamson said, “The US is likely already in a recession that will inevitably deepen further.”

Does economic recession kill people – and how many?

It is this gloomy economic forecast which has caused some to question the wisdom of combating coronavirus by all means necessary.
Taking historical precedent into account, it is likely that many people will be killed by the knock-on effects of an economic recession.

Historically, in a recession people lose their jobs, their health deteriorates, and their living standards fall. Studies from a range of scenarios have drawn connections between economic stress and public health.

Their conclusions were famously captured by actor Brad Pitt in the film The Big Short, a 2015 dramatization of the events leading up to the 2008 Great Recession, when he remarked: “Here’s a number for you: for every 1 percent unemployment goes up, 40,000 people die.”

As might be expected, the reality is more complicated than Hollywood.

People can bring an economy back to life.

An economy can not bring people back to life.

A study published in the British Journal of Psychiatry suggested that suicide rates across Europe rose in 2009 following years of falling and remained elevated until 2011. The rise corresponded to an additional 7,950 suicides compared to previous trends in 2007 and 2010. A similar trend was also seen in Canada and the US.

Another study, published in medical journal The Lancet, found that the 2008 economic crisis was likely linked to around 260,000 excess cancer-related deaths in Organization of Economic Co-operation and Development (OECD) countries alone between 2008 and 2010.

“Unemployment rises were significantly associated with an increase in all-cancer mortality and all specific cancers except lung cancer in women,” the journal cited as a result from the study.

But while a recession will undoubtedly cause harm to people’s lives, it is difficult to measure whether it will outweigh the damage caused by the coronavirus itself.

The virus has caught many governments by surprise, with the infectivity and mortality rates varying as more data has come in. The speculative nature of forecasting for a novel virus that the medical establishment has not had time to adequately study means that contrasting the two is very difficult.

Given the huge potential impact on long-term public health, authorities have been forced to weigh up these short-term and long-term factors when calculating their response to the crisis.

But as more people die every day, the pressure on governments to act for short-term containment goals grows – with potentially disastrous long-term consequences. 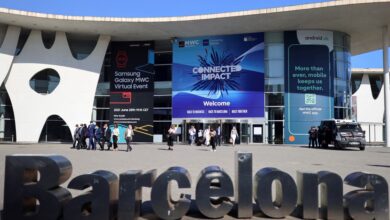 Turkey to drill for gas in Mediterranean early next month: Ministry 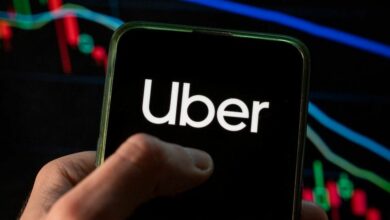