Is it OK to eat fruit on a diet? The answer to that question can be confusing, depending on the diet you’re following. Low-carb diet proponents typically cut out fruit (too much sugar!). If you’re following the keto diet, only the occasional berry is permitted. Oh, and then there’s the infamous grapefruit diet, a diet that, although out of favor now, was one that revolved entirely around fruit.

But let’s try to mitigate the confusion. There should absolutely be a place for fruit in your diet when you’re trying to lose weight. In fact, research shows that the following fruits may actually help with your weight loss.

Both fruits deliver healthy doses of fiber (4 grams in a medium apple and 6 in a medium pear), and that alone makes them diet-friendly. But beyond that, there’s also scientific research to show that snacking on apples and pears helps with weight loss. When overweight women were put on a reduced-calorie diet and given an apple or pear three times a day to snack on, they lost more weight over the 12-week study period (and also ended up eating fewer calories each day) than women who snacked on oatmeal cookies.

You might know dried plums by their alter egos: prunes. “California prunes make this list for a handful of reasons,” says Chris Mohr, PhD, RD, of MohrResults.com. “First for their soluble fiber content (3 grams), which helps to keep you feeling full and regulates blood sugar levels.” In fact, a 2010 study published in the journal Eating Behaviors found that overweight women who snacked on dried plums before a meal ate fewer calories at the meal, were more satisfied after eating, and had less of an appetite for dessert compared to when they snacked on a calorically equivalent piece of bread before their meal. Another boon for prunes: “They’re portable, which makes them a practical choice,” says Mohr.

Low in calories (one cup has only 46 calories) and packed with water, watermelon is naturally a great choice for dieters. But is it satisfying, and can it help you lose weight? One recent study suggests it can: When overweight or obese adults ate 2 cups of fresh, diced watermelon, they lost more weight and shrunk their hip-to-waist ratio more after a month compared to when they snacked on a calorically equivalent amount of vanilla wafers. Participants also reported being satisfied for longer after eating watermelon (90 minutes versus a mere 20 after eating the vanilla wafers).

Not a vegetable, but another juicy fruit! While tomatoes are a low-calorie, super-healthy choice, the weight loss research on this fruit was actually done with 100% tomato juice. In a study published in Nutrition, researchers found that when women added a bottle of tomato juice to their daily diet they trimmed their waistline and improved their cholesterol. Although the study was small (20 women), it’s important to note that participants didn’t make any diet changes whatsoever other than drinking a daily bottle of tomato juice. And that juice actually increased their total daily calorie intake. Still, the tomato juice drinkers reaped both weight and heart benefits.

This Olympic-Swimmer-Approved Dryland Workout Will Strengthen Your Entire Body

Omicron is more transmissible, but is it really milder? 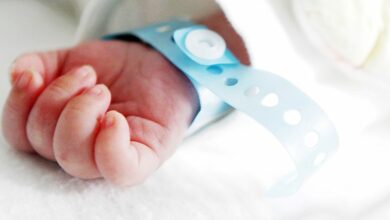 An Alarming Amount of This Popular Herb Is Tampered With