Lawyer Al-Hamrani said in a tweet that the decision to expel the famous Iraqi model came after he smoked a cigarette of marijuana at a party, filmed himself on Instagram live and bragged about it. 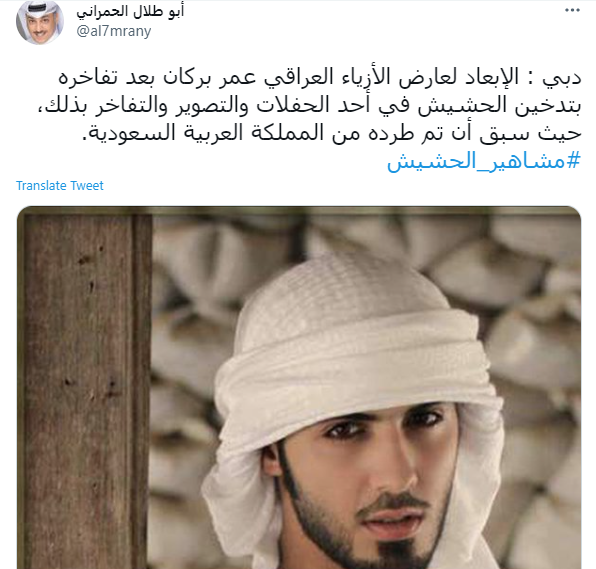 The Assistant Commander-in-Chief for Criminal Investigation Affairs in Dubai Police, Major General Khalil Ibrahim Al-Mansouri, announced yesterday that local authorities in the Emirate of Dubai decided to evict a famous model from Dubai due to his suspicious behavior.

Social media users asked about the identity of the model who was expelled from Dubai, and Kuwaiti lawyer Abu Talal Al-Hamrani answered their questions and revealed that Iraqi model Omar Borkan Al-Ghala was the intended figure. 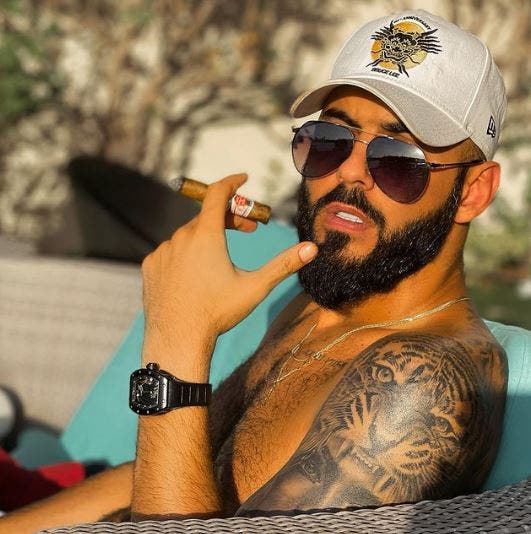 Al-Mansouri confirmed that officers of the General Department for Drug Control arrested a famous model who presents himself as an Emirati citizen, but he’s originally a resident, and enjoys wide fame on Instagram, as he smoked a marijuana cigarette in a live broadcast through one of his accounts on social media, to the point that a ruling was issued to ban him from the state. 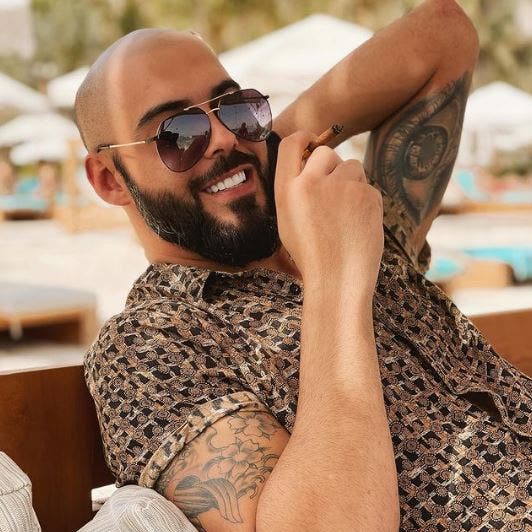 Al-Mansouri explained that the famous man did not expect Dubai Police’s accuracy in surveillance of the digital space.

He said: “The love of rapid fame prompted him to brag about destructive and criminal behavior, which is the use of cannabis through one of his accounts on social networking sites, without the slightest sense of responsibility or respect to the laws, but the General Department of Anti-Narcotics in Dubai Police was on the lookout for him.” 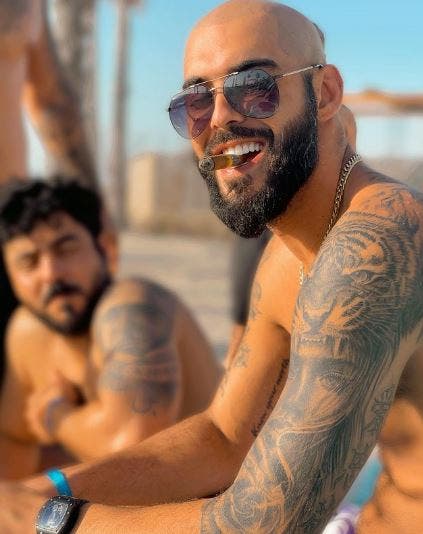 This is not the first time that model Omar Borkan has raised controversy because of his behavior. Eight years ago, he was deported from Saudi Arabia, claiming that he had an “exaggerated handsomeness”.

Who is Omar Borkan that was arrested in Dubai?

Omar Borkan Al-Ghala was born on September 23, 1989. He is an Iraqi-Emirati model, actor and photographer.

According to Wikipedia, Omar became notorious internationally in 2013 after being expelled from Saudi Arabia supposedly for being “too handsome”, a story that went viral on social media. 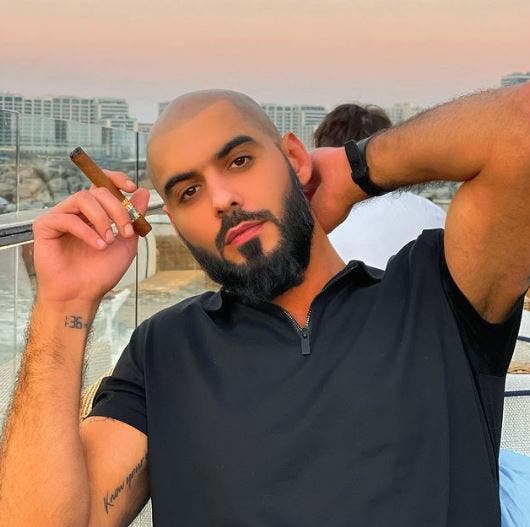 Can Yaman Is UNRECOGNIZABLE After He Shaved His Beard and Cut His Locks.. Check Him Out!