Dubai Electricity and Water Authority (DEWA) electric vehicle (EV) chargers have powered around 58 million kilometers of driving since 2015, according to the Emirates News Agency (WAM).

Through its EV Green Charger initiative, DEWA has reportedly provided more than 8,800 megawatt-hours (MWh) of electricity to charge electric vehicles in the emirate.

DEWA first installed 100 EV chargers in Dubai in 2015, and the network has since expanded to the 560 charge points now found in the city.

There are currently 5,107 electric vehicles registered in Dubai, a city of around three million people, up from the 71 EVs registered when the chargers were first installed.

To charge their vehicles, EV owners must register with Dubai’s Roads and Transport Authority (RTA) to create an EV Green Charger account.

They can also register through DEWA’s website or app.

The emirate has announced ambitious goals to cut carbon emissions 30 percent by the year 2030.

It has moved to diversify energy sources away from fossil fuels. DEWA began work on the Mohammed bin Rashid Al Maktoum Solar Plant in 2013.

DEWA recently made a stir with its initial public offering in April, recorded as the second-largest globally in 2022 and also the second largest in the Middle East since Saudi Arabia’s Aramco went public in 2019.

The utilities provider raised more than $6 billion after floating its shares on the Dubai Financial Market exchange.

Dubai residents registered with DEWA were invited to purchase stock in the company when it sent SMS messages to users alerting them about the IPO. China and India funnel $24 billion to Russia with energy spree 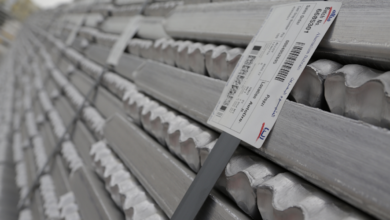