A series of floating islands will be built in Dubai as part of a new beach development project announced by the emirate’s Road and Transport Authority (RTA) on Sunday.

Sunset Promenade will be connected to Jumeirah Beach near the Dubai Water Canal and cover a total area of 190,000 square meters, according to a promotional video tweeted by the RTA.

The video showed what appeared to be three islands close to the shoreline. It said the promenade would be a family destination and that 1,410 square meters would be occupied by commercial shops.

Sunset Promenade, a new beach destination in #Dubai that will feature unique models of a group of floating islands. Watch to discover more.#RTA 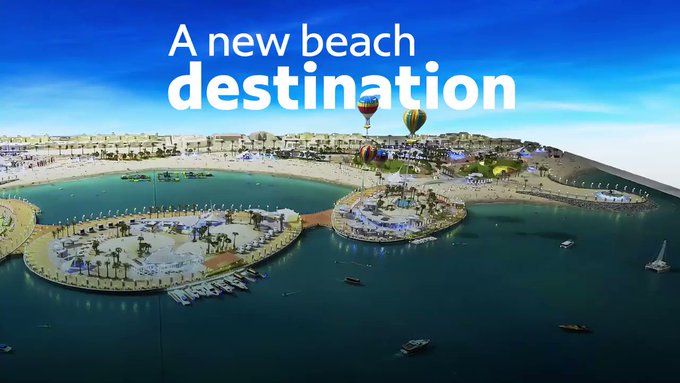 The announcement did not say when construction would begin or how much it would cost. Dubai’s government media office did not immediately respond to a request for comment.

It is the first major state project announced in Dubai since the United Arab Emirates started enforcing restrictions in March to combat the spread of the new coronavirus.

Many of those restrictions have since been eased, although the country continues to ban the entry of non-residents and non-nationals.

Tourism is a major contributor to Dubai’s economy.