The 34-year-old hitmaker’s photo showed the mother of his child taking a selfie with their son Adonis, aged three; the artist later reposted the image to her own Story.

The post comes months after the singer mended his relationship with the former model, with whom he used to have a contentious relationship. 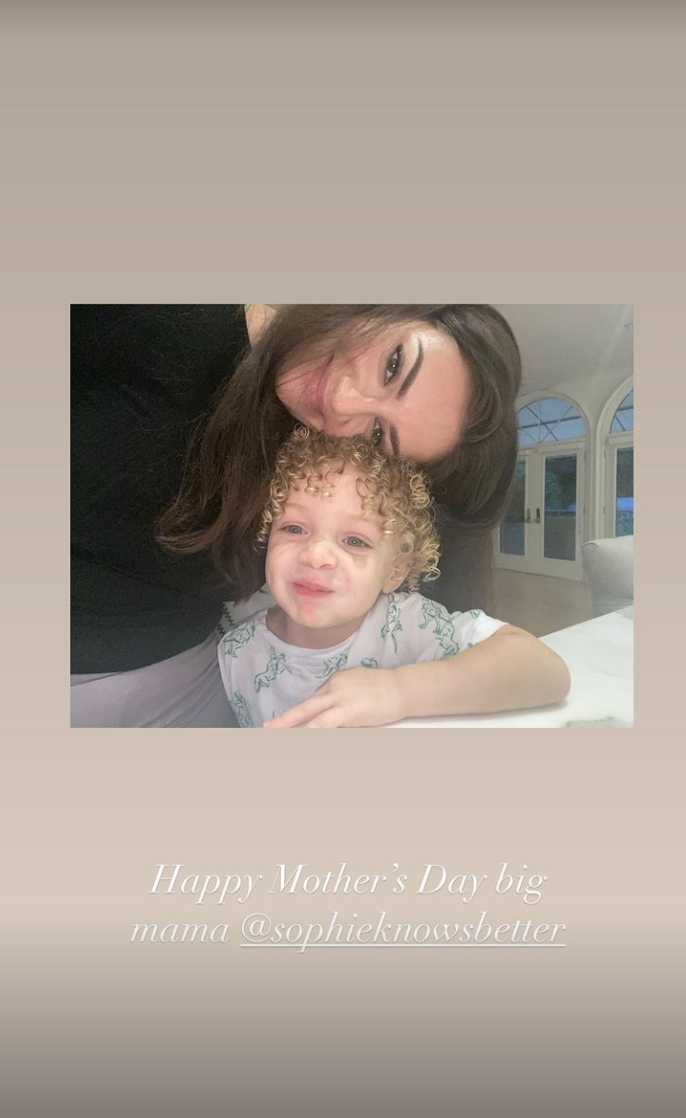 Drake and Brussaux were first linked in 2017, although the circumstances behind their first meeting are still unclear.

The two managed to keep their relationship under wraps until the rapper became embroiled in a feud with fellow songwriter Pusha T, which eventually came to a head in 2018 with the release of the diss track The Story Of Adidon.

During the song, the 43-year-old hitmaker discussed the circumstances surrounding the birth of his rival’s son, including issues regarding child support and Drake’s relationship with his own father.

The rapper also wrote verses that mentioned the 31-year-old artist by name and referred to the Degrassi actor as a ‘deadbeat.’

Pusha T went on to reveal Drake’s child’s name to the world and at the same time chastise his rival for his conduct, as he rapped, ‘Adonis is your son/And he deserves more than an Adidas press run; that’s real. Love the baby, respect the girl.’

Shortly after the track was released, TMZ reported that the rapper had been making child support payments to Brussaux ever since the beginning of her pregnancy.

The hitmaker attempted to skirt around the rumors until the release of his 2018 album Scorpion, where he directly addressed the situation regarding his son.

Drake appeared to give a semblance of reasoning as to why he kept his child out of the public eye on the track Emotionless, as he rapped, ‘I wasn’t hidin’ my kid from the world/I was hidin’ the world from my kid.’

Cardi B Starred in Ariana’s Music Video ‘Me Gusta’