At least 27 people have been killed in an attack, claimed by the ISIL (ISIS) group, at a ceremony in the Afghan capital where a top Afghan political leader, Abdullah Abdullah, was present but escaped unharmed.

While a health ministry spokesman confirmed the death of 27 people, a NATO source told Reuters news agency that the death toll was slightly higher. More than 30 people were killed and 42 wounded, 20 of whom were in a serious condition, the agency reported.

The ISIL claimed it killed and injured 150 people, according to the group’s Amaq website, without providing evidence.

It is the deadliest attack since a peace deal was signed last week between the United States and the Taliban that aims for the complete withdrawal of US and NATO troops within 14 months. The war in Afghanistan is the longest one in US history, which continues for more than 18 years.

It was also one of the biggest attacks on civilians in Afghanistan in a year.

“The attack started with a boom, apparently a rocket landed in the area, Abdullah and some other politicians … escaped the attack unhurt,” Fraidoon Kwazoon, Abdullah’s spokesman, was quoted as saying by Reuters. 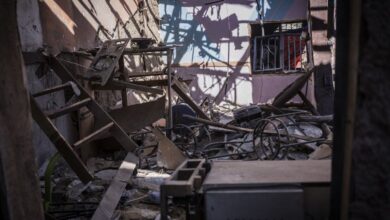