If Iran mistakenly shot down the Ukraine International Airlines flight PS752, it would be an unforgivable mistake and a criminal act that could lead to airlines classifying Tehran’s main international airport as unsafe, according to a leading Gulf security analyst.

Intelligence from multiple sources, including Canada’s allies, indicates that flight PS752 was “shot down by an Iranian surface-to-air missile,” minutes after takeoff from Imam Khomeini International Airport, according to Canadian Prime Minister Justin Trudeau, who added: “This may well have been unintentional.” Other Western leaders have come to the same conclusion.

“The airport gave authorization for the plane to take off. They knew the aircraft identification, the route, the speed, the altitude. They knew everything there was to know about this flight,” said Mustafa Alani, Director of Security and Defense Department at the Gulf Research Center.

“This was an unforgivable mistake … If there was a breakdown in communication between air traffic control, air defense and air defense command and control, this is a big crime. A criminal act,” he said.

Video reportedly shows the moment a Ukrainian airliner was hit by a missile before it crashed just outside of the Iranian capital Tehran.https://english.alarabiya.net/en/News/middle-east/2020/01/09/Iranian-missile-system-shot-down-Ukraine-flight-probably-by-mistake-Report.html … 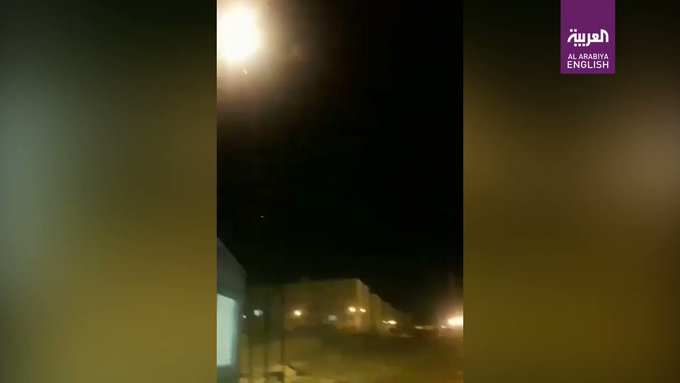 Iran has denied that the Boeing 737-800 was downed by a missile. The head of its civil aviation authority said it could take one or two months to extract information from the voice and flight data recorders, and that Iran wanted to download the information itself rather than sending it to the aircraft manufacturer or to international experts.

The government said reports of a missile hitting the plane were “psychological warfare against Iran.” Kiev said its investigators wanted to search the crash site for possible debris of a Russian-made missile used by Iran’s military.

On social media, ordinary Iranians voiced anger at authorities for not closing the airport after Iran’s missile launches.

“If the evidence proves that the plane was hit by mistake, a lot of airlines will question whether they should be flying to Imam Khomeini International Airport and they will classify it as unsafe,” said Alani. “There is a possibility that they will try to hide their mistake, but the consequences will be very heavy.”

Iran was on a heightened state of alert for an aerial US military response at the time of the plane disaster, which took place hours after Iran fired missiles at US targets in Iraq in retaliation for a US drone attack on an Iranian military leader in Baghdad.

US to Israel: Be circumspect on annexation of occupied West Bank