The poorest country in this region, Yemen has a unique architectural legacy which is being damaged and destroyed by warfare or left to fall into ruin by neglect.

Three of the 52 World Heritage Sites listed by the cultural organisation, UNESCO, as “in danger” are in Yemen: Sanaa’s Old City and its 7th century Great Mosque, regarded as the first to be built outside Mecca and Medina, the walled city of Shibam and the historic town of Zabid.

Historic buildings have been damaged by fighting and bombing in the Old City of Sanaa, which has been inhabited for more than 2,500 years and is ranked as one of the oldest cities in the world along with Damascus and Aleppo. Sanaa’s multi-storied blocks, built before the 11th century, are constructed of rammed earth and decorated with white geometric designs. The city boasts 6,000 of these houses and 103 mosques, among them is the Great Mosque, which is be dated to the time of Prophet Muhammad and was a centre for the propagation of Islam.

Shibam is famed for its 500 magnificent mud-brick high rise buildings which, although the city has been settled for 1,700 years, were constructed in the 16th century. These apartment blocks require constant maintenance to protect their walls from being eroded by wind and rain.

Zabid’s buildings, some two or three stories high, are mainly plain burnt brick structures although some have delicately carved brick and stucco decoration. It is a city famous for its 86 mosques and its Grand Mosque, which, built by a companion of the Prophet, was the fifth in Islam.

While the three cities are listed as threatened by UNESCO, the whole country is a cultural heritage site which must be defended and preserved. In September 2018, the UNESCO and the European Union launched a project dubbed, “Cash for Work, Promoting Livelihood Opportunities for Urban Youth in Yemen.” The aim was to “create jobs in heritage restoration and preservation while promoting social cohesion and resilience through cultural programming”.

Emergency rehabilitation works have been carried out in the Sanaa, Shibam, Zabid, and Aden where 8,000 historic buildings have been surveyed and more than 150 stabilised or repaired. Some 2,500 young workers have been enrolled in the effort and 500 youth have joined cash-based cultural programming and services. Workshops have been held and small grants provided for certain projects.

Although Yemen is among the most conservative countries in this region, women are among the leading figures in the restoration drive. Despite opposition from some families, a number of young women have received university degrees in engineering and participated in reconstruction efforts in a field dominated by men.

Nuha Al Baqal told UNESCO that while most of her relatives opposed her decision to work in this field, she always had the support of her father who died shortly before her graduation at the head of her class several years ago.  While looking for work, she learned of the UNESCO/EU project in Sanaa and received training in assessing historical and cultural properties before taking up her job. Since then she has assessed more than 3,000 damaged buildings.

The Cash for Work Project completed the restoration of the Al Qassimi district in Sanaa’s Old City and has begun to rebuild private houses, the city wall, and the national museum. Al Baqal wants to carry on working until Old Sanaa is rescued and then travel to other Yemeni cities to contribute to restoration there.

The BBC reported on another Yemeni woman, Harbia Al Himiary who also signed up for the UN team to restore Sanaa’s Old City. She told the BBC’s culture writer Jack Needham, “I wanted to be unique in my profession, and join a field where I can break gender barriers.”

She initially intended to become a doctor but switched to engineering after two weeks at university. Her parents were surprised but supported her choice.  Since the current generation of Yemenis have not learned the necessary skills to rebuild damaged and destroyed buildings, al-Himiary has not only trained her team of 24 specialists but also 211 engineers, carpenters and specialists, half of whom are women. For al-Himiary, who dresses in an enveloping niqab, reconstruction of her country’s cultural urban scape also means providing a means for young women to access urgently needed professions.

Between mid-1980s and 2006, during a period of relative peace in Yemen, my friend, Iraqi archaeologist Selma Al Radi became, as far as I know, the first woman to restore one of Yemen’s emblematic cultural heritage sites.  This is the magnificent 16th century Amiriya in Rada’a, a palace which housed one of the last Yemeni rulers of the Tahirid dynasty. Its tiny painted mosque is a gem of Islamic art, restored by a team Selma recruited in Rome. The Amiriya’s architecture was borrowed from Moghul Delhi and its decoration was the work of Indian craftsmen.

A fiercely independent woman educated in India and at Cambridge University in Britain, Selma worked in Cyprus, the Iraq Museum in Baghdad and the Yemeni Museum in Sanaa before she saw and fell in love with the Amiriya.  Selma raised the money and assembled a team which reinvented the materials and recovered the skills used in the construction of the Amiriya 500 years earlier. Selma spent 23 years  this hard labour of love.

When she arrived in Yemen, the conservative citizens of Rada’a complained that the “foreign woman” should not interfere with their palace. She endured insults and obstruction. But, when her work was completed and the Amiriya gleamed white like a wedding cake amid Rada’s dull brown buildings, the local folk celebrated Selma.  On the day of the consecration of the palace, one man remarked, “Selma would be our president, if she were a man.”  For her dedication, Selma was awarded the Aga Khan Prize for Architecture. Selma also has the hnour of being a female pioneer in the restoration of Yemen’s cultural heritage. She would be proud that today Yemeni women are following her example with commitment and dedication. 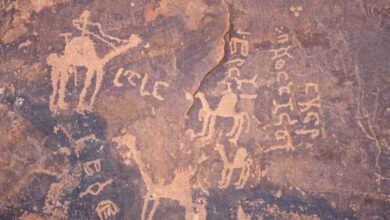 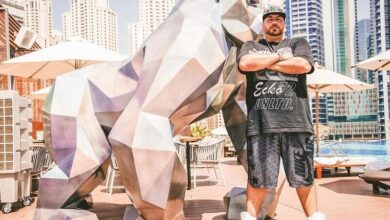 He Won The Global Teacher Prize. But For What? 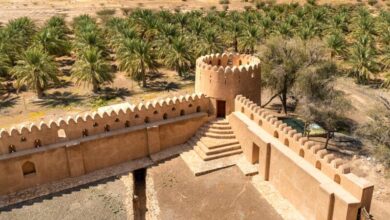 Get to Know ‘What Killed Maradona?’ in Just Under 45 Minutes!