The United Nations agency for Palestinian refugees (UNRWA) said on Tuesday that its emergency coronavirus appeal had generated pledges of $130 million from foreign donors.

When it launched the appeal in May it asked for $93.4 million to provide food and cash assistance for the vulnerable.

“The needs of these refugees are rising as a consequence of the outbreak and long-term implications of the COVID-19 pandemic,” the cash-strapped agency said in a statement.

It cited “the economic downturn in host countries, and the political instability on top of the continued occupation of Palestinian Territory, the blockade on Gaza, and the conflict in Syria.”

It said 75 governments and non-governmental organizations had promised financial aid. 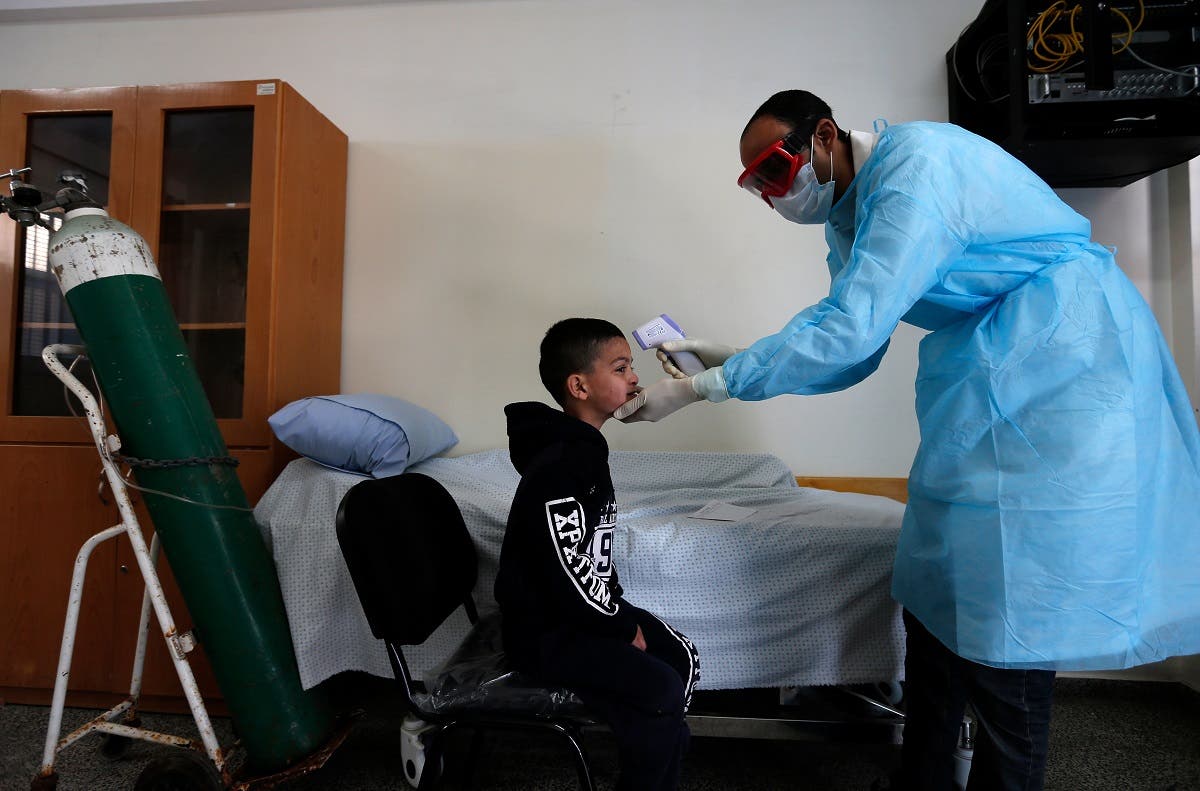 A Palestinian health worker checks the body temperature of a child at a UNRWA school at al-Shati refugee camp in Gaza City on March 18, 2020. (AFP)

UNRWA provides support for millions of Palestinian refugees across the Middle East, but primarily in Jordan, Lebanon, Syria, the Israeli-occupied West Bank and Gaza.

This includes schooling and medical services, with the organization often operating as a de facto state in refugee camps.

The United States, traditionally the largest individual donor to the organization providing around $300 million annually, cut all funding to the body in 2018 as relations with the Palestinians collapsed.

Launching the appeal in May, Elizabeth Campbell, the agency’s Washington director, told an online press conference that UNRWA was facing “the biggest financial crisis in our history.”

US criticizes Erdogan for meeting with Hamas leadership, warns of Turkish isolation