An animal rights charity has shared shocking pictures of caged puppies destined for dog soup in South Korea as they urge people not take part in the tradition of eating the broth.

The charity NoToDogMeat says that some in the country still maintain their tradition of eating boshintang, a soup that includes dog meat as its primary ingredient.

The dogs used in the soup are typically found from dog farms, stray dogs or are people’s own pets who are brutally tortured.

NoToDogMeat is calling for a boycott on the practice and urge anyone taking part to think again.

Days of Bok/Boknals, which mark the beginning, peak and the end of the dog-eating season according to the Chinese calendar, are traditionally in the summer when temperatures are at their hottest.

The First Boknal fell on Sunday (19 July), the middle Boknal will fall on the 29 July and the Last Boknal will be on 8 August, this year.

‘Dogs often with collars on staring out with pleading eyes and revellers selected them for slaughter.

‘In 2012 we launched a UK Government petition to close this vile market, and in 2017 the mayor of Seoul ordered the dismantling of cages in this market and several others followed suit.’

It’s unclear where the most-recent photographs of the caged dogs were taken.

‘For us, it signalled a true beginning of change as soon other markets started to close. Of course, dogs are still sold, and gruesome farms and abuse continue, but we saw progress,’ she added.

Not every Korean still eats the soup and many see the practice as abhorrent and local activists regularly speak out, supported by NoToDogMeat.

The charity works closely with grassroots activists CCGAON who braved the cold and protested the Pyeonchang Winter Olympics.

The charity also supports CCGAON in investigating and closing illegally run dog farms, and their action to protect street cats from being boiled alive and turned into traditional medicines.’

Julia added: ‘Although Korea has not followed China’s recent move to tentatively declare dogs and cats as companion animals (so no longer livestock), there are many bye-laws in place that activists on the ground and internationally push to be enforced.’

‘So why aren’t these laws enforced? This is a question activists continue to raise to embassies and government officials, and right now in South Korea, there is a mass e-petition campaign.’

NoToDogMeat are currently supporting, among others, Korean Charity Kara, which organised a drive through protest four days ago with an overwhelmingly positive response.

Julia said her charity will be showing their support by taking to the streets on July 23 from two until five o’clock at the South Korean Embassy London followed by a walk to the House of Parliament before politicians break for summer recess.

Why Should a 15-Million TikTok Star Cause Offence to Japan?

Turned Her Back on The US Flag: Should Gwen Berry be Disqualified From The Olympics?

Palestinians’ Struggle to Secure Their Digital Rights is Crucial

Visual Statements: How Did Mideast Photographers Cover The Protests in The Region? 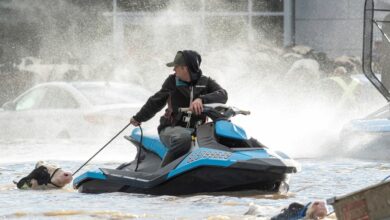 A powerful news photographs taken around the world