American rapper Cardi B took to Twitter on Tuesday to engage with her fans, and may be to respond to some of the critics.

Twitter user @abbakar_yd from Nigeria – according to his bio – tweeted a picture of Cardi B, where she didn’t have any make up on and covered her head with a shawl in a Turban style.

Abbakar asked the rapper: “Cardi b is that u?”

Although the young man did not tag the star, but she found her way to his tweet, and hilariously responded to him: “No …That’s my cousin. Ahmed.”

For those who don’t know, names like ‘Mohammad’ and ‘Ahmed’ are very popular in the Arab world, and the way that Cardi B responded is typical in Arab culture, wondering who was behind the rapper’s hilarious reply if it was Cardi herself or someone else. 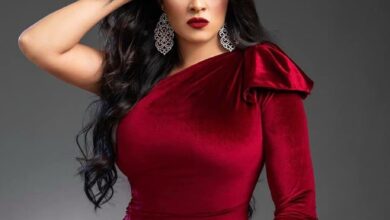 Selena Gomez Showcases a Curly Hairdo And it Looks Awesome Actress Kat Ahn Slams The Office: ‘You’re Told To Shut up and Be Grateful’