Is COVID-19 a sexist disease? It appears that it may well be, as more men than women are being reported as victims of the virus.

The discrepancy was first noted in China, where the death rates revealed that 2.8 percent of men who caught the virus had died, compared with 1.7 percent of women who contracted it.

These findings were replicated in Italy where the death rate is currently 7.2 percent for men and 4.1 percent for women.

In South Korea, where extensive testing was carried out, despite showing that the proportion of women who tested positive for the virus was higher than that of men, about 54 percent of the reported deaths were still among men.

This is not the first time that a coronavirus has shown gender inequality.

This trend was replicated in labs with mice studies, where it was found that male mice were more susceptible to SARS. This was assessed by measuring their viral load, as well as inflammatory markers in the lungs which lead to lung damage.

The question is, why are men more likely to die from coronavirus than women? While scientists have not been able to give a definitive answer yet, there are several theories.
Unhealthy lifestyle

One theory is that men are more likely to partake in unhealthy habits, which are associated with developing chronic diseases.

From the data collected so far, we are aware that those who have suffered more severely from COVID-19 had underlying health conditions like raised blood pressure, heart disease and lung disease. It may be down to lifestyle choices that these conditions are more common among men, and that COVID-19 is, therefore, more fatal in men.

Among these lifestyle choices are alcohol and tobacco consumption. Data gathered in 2015 by the World Health Organization (WHO) shows that men drink about five times more alcohol than women. Men are also nearly five times as likely to smoke as women.

Smokers are considered at risk of developing complications such as respiratory difficulties and pneumonia if they catch coronavirus because their respiratory health is likely to be poor. They are also at increased risk of having an underlying respiratory condition like chronic obstructive pulmonary disease (COPD), a type of lung disease, which may be exacerbated by the virus.

It may even be that smokers are more likely to catch the virus in the first place because of the action of putting your hand to mouth, using unwashed hands to roll cigarettes or even sharing cigarettes.

The studies in China did indeed confirm that more men smoked, with 50 percent of men and only 3 percent of women being smokers across the general population, so it is unsurprising that this smoking theory was one of the first to explain the gender discrepancy.

However, with more data emerging from other countries, this theory was no longer considered adequate in entirely explaining the difference. This is because in Italy, where the smoking balance is more equal (7 million men versus 4.5 million women are smokers), it could not provide the full reason why more men in Italy were dying from coronavirus.
Hand-washing

Hand-washing with soap is considered the most cost-effective intervention for the control of disease, and we have been reminded of the need to wash our hands with warm water and soap regularly and thoroughly as one way to reduce our chances of being infected with COVID-19.

However, there have been studies to suggest that men may be worse at hand hygiene than women.

A 2009 US study showed that only 31 percent of men washed their hands after using a public toilet, for example, compared with 65 percent of women. Women were also more likely to use soap when washing their hands. Zelenskyy says Ukraine will create its own Christmas miracle 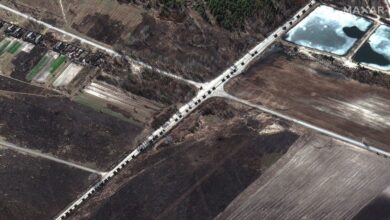