Walt Disney World plans to stop paying wages to 43,000 workers in about a week while allowing them to keep their benefits for up to a year in what is the largest wave of furloughs since the theme park resort closed in mid-March because of the new coronavirus spread.

Workers will be able to keep their medical, dental and life insurance benefits for the length of the furlough period, or up to a year. Seniority and wage rates will remain unchanged for the workers whose furloughs start April 19, according to a statement from the Service Trades Council, the coalition of unions representing the Disney World workers.

“The union agreement provides stronger protections and benefits for 43,000 union workers at Disney than virtually any other furloughed or laid-off workers in the United States,” the union said in a statement to members.

About 200 workers will remain on the job performing “essential duties” during the closure, and they will be offered positions based on seniority, the union said.

The agreement with the Service Trades Council marked the largest group of workers at Disney World to come to terms on furloughs with the company during the new coronavirus outbreak. With 77,000 workers, Disney World is the largest single-site group of workers in the nation.
Disney World’s theme parks, entertainment district and hotels closed in mid-March, and Disney has been paying its workers while they stay at home. That is scheduled to end April 19, Disney officials have said, because they don’t know when the theme park resort will reopen. 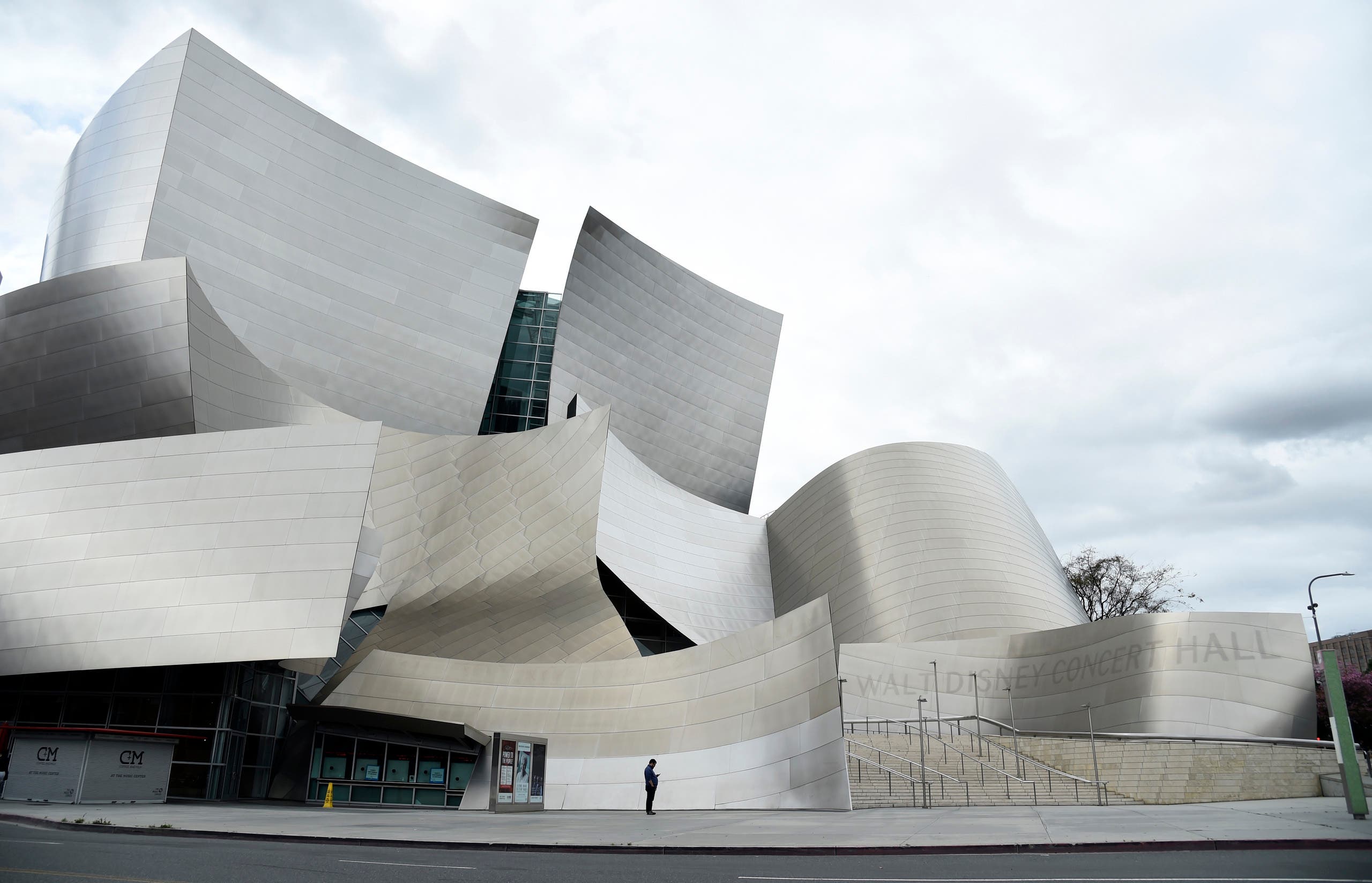 A man reads his phone on deserted Grand Avenue in front of the Walt Disney Concert Hall as stay-at-home orders continue in California due to the coronavirus, on April 10, 2020, in Los Angeles. (AP)

On Friday, unions representing security guards and workers involved in facilities and operations reached agreements under similar terms. Earlier this week, Disney World and a union representing musicians who perform at its theme parks reached a similar agreement.

Disney also said it would furlough executive, salaried and hourly nonunion employees whose jobs aren’t necessary at this time.

Disney’s cross-town rivals, Universal Orlando and SeaWorld Orlando, and their sister parks across the country, also closed their gates last month because of the coronavirus. SeaWorld said it had furloughed 90 percent of its workers.

Universal Orlando Resort and Universal Studios Hollywood said this week that they would stay closed through May 31. Full-time employees will be paid at 100 percent through April 19, but pay and workload for most workers will be reduced to 80 percent after that, and part-time hourly workers will be furloughed beginning May 3, Universal said. The company said it would continue to provide benefits for employees who already had them.