Diletta Leotta, the Italian presenter of Dazn who is receiving the sixth Golden Tapir from Striscia la Notizia, has denied the crisis with her fiancé, Turkish actor Can Yaman.

The Italian beauty also revealed the reason behind Can Yaman disappearing from Instagram, which has 8 million followers.

She said: ‘Our love story is true, we just have things to do at the right time. He abandoned social media for business reasons.’

In recent days, it was rumored that the new couple of 2021, Diletta Leotta, 29, and Can Yaman, 31, was going through a moment of severe crisis. On social media fans had already found some clues of the possible breakup.

First of all Can, a few days ago, disappeared from Instagram, leaving the app without giving explanations.

On the other hand, Diletta in the latest published photos was no longer wearing her engagement ring, the Tiffany jewel worth over 40 thousand Euros.

If those weren’t enough, the wedding, which was set to take place in Rome on August 16, has been postponed.

So is this an evidence of crisis or just a coincidence?

To clarify, now Diletta herself took care of it. The presenter firmly denied the crisis: ‘The marriage has not been skipped, what is circulating are just rumors. The love story is true and I am very happy. There are only things to do at the right time. He removed himself from social media for business reasons.’

The love story was born at the New Year and made official on the web in February, and since then it’s been going at full speed. 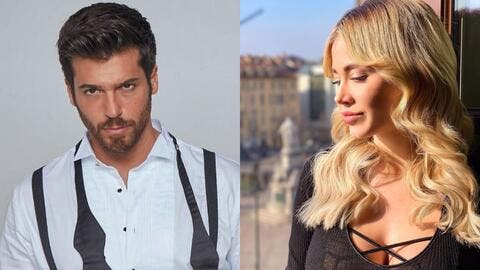 Even if there have been quarrels because of Diletta’s jealousy, or because Can had asked her to follow him a few days to Turkey but he received an unexpected refusal (as revealed by the journalist Santo Pirrotta on TV8), the two managed to meet again. The wedding, however, can wait.