Turkish actress Songül Öden denied reports about her committing suicide yesterday, but did not deny the difficult circumstances she is going through.

Songül commented: “I read this hideous rumor today and I laughed a lot, if Hashan had evidence of me committing suicide yesterday, let him present it to the public.”

Öden continued: “I am going through difficult psychological conditions that I do not deny, but I have never considered suicide, I am a believer.”

She added: “I will overcome all difficulties thanks to the love of my fans, my friends and my family, and their great support for me.”

Journalist Hashan recounted that Songül Öden attempted suicide yesterday, and one of her relatives rescued her after which he immediately took her to the hospital where she received treatment. 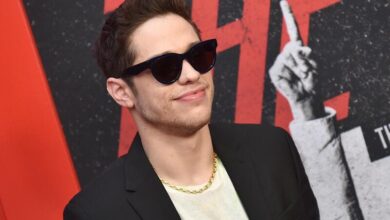