Kendall Jenner and Devin Booker bless social media with a mirror selfie. And fans are going crazy over a gold wedding band on Booker’s ring finger.

A user commented on Kendall’s post noticing the ring “Anyone else notice the ring on his hand?” another user wrote: “He’s wearing a wedding ring?” while another cited: “I see a ring on that finger.” And fans believe that the model is hiding her hand to cover her finger.

A source previously revealed that the lovers are crazy about each other adding that its become the healthiest relationship Kendall has ever been in, however, neither Kendall nor Devin have responded to the rumors.

it was also revealed by the source that the Kardashian family loves the NBA player, ”Her family loves him and knows how good they are for one another. They love having Devin around and have welcomed him with open arms. They love seeing Kendall so happy with someone who brings out the best in her. It’s exciting for everyone to see her in such a great relationship.”

Kendall and Devin were first linked in April 2020 when they were spotted on a road trip to Arizona and are notoriously private about their romance.

They finally went public with their relationship on Valentine’s Day after 10 months of dating. 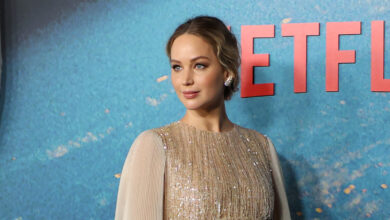