Iranian intelligence agents have threatened to execute two top students who were arrested in April unless they plead guilty to unknown charges on camera, said the sister of one of the students on Wednesday.

Younesi’s sister, Aida Younesi, said Saturday that interrogators had told her brother on Wednesday to plead guilty on camera to receive life imprisonment instead of a death sentence.

“The interrogators told Ali Younesi and Amirhossein Moradi we will determine what sentence you are given, and if we wish, you will be sentenced to death, unless you speak on camera,” she wrote on Twitter.

Younesi said that interrogators have been pressuring her 20-year-old brother for a televised confession for the past three weeks.

Younesi added that her brother has not been taken to any hearings.

The Iranian judiciary is yet to release the students’ charges, but judiciary spokesman Gholamhossein Esmaili in May accused the two, without naming them, of cooperating with the exiled opposition group Mojahedin-e Khalq (MEK) and planning attacks inside Iran.

Younesi’s family rejected the allegations, calling them “ridiculous” and “fictional.” They stressed that their son has never been involved in any kind of political activism.

Iran’s state broadcaster (IRIB) has a long history of airing purported confessions that activists and rights groups say are obtained through threats and torture.

The International Federation for Human Rights and London-based Justice for Iran said in a report in June that IRIB has aired the forced confessions of at least 355 individuals and defamatory content against at least 505 others between 2009 and 2019.

On Sunday, Iranian state television aired a video in which champion wrestler Navid Afkari who is facing two death sentences appeared to confess to killing a water company security guard during anti-government protests in 2018.

Afkari’s case has caused an outcry from Iranians and human rights groups. US President Donald Trump on Thursday called on Iran not to execute the 27-year-old wrestler. 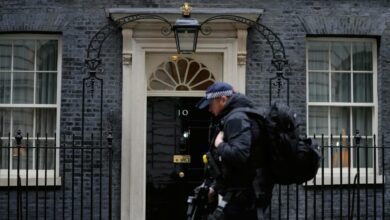 US eyes long-range rockets for Ukraine as arms supplies dwindle