Nine people were injured and journalists were attacked by Israeli security forces this week as the Jerusalem Municipality demolished a two-story building and home of the Karameh family in the East Jerusalem suburb of Abu Tor on the pretext of being constructed without a building permit.

The family of 15 was forcibly evicted by Israeli police while six of those injured required hospitalisation, according to the Red Crescent. Hundreds of Palestinians are facing forced expulsion from homes in East Jerusalem, which Palestinians want to be their future capital.

But one family, the Salhiyehs, is taking the Israeli authorities to the International Criminal Court (ICC) after they were evicted from their home in Sheikh Jarrah in East Jerusalem last week, and the subsequent destruction of their home by the Jerusalem Municipality.

Last week Lital’s husband Mahmoud, 43, several of their sons and their friends staged a demonstration on the roof of their house in Sheikh Jarrah, threatening to blow themselves up with a gas canister after the Israeli authorities attempted to evict them from the home they have lived in for decades.

Several days later, during a cold and rainy night, Israeli special forces raided their home, arrested them at gunpoint, and beat them up. They were taken to prison for several days before their lawyer secured their release on bail.

While Mahmoud was in jail their home was destroyed by the municipality, leaving 18 people homeless.

“Mahmoud and I knew that the eviction order was against us personally but not the rest of the family and neither was there a demolition order against our home,” said Lital from the home they have temporarily rented in the East Jerusalem suburb of Beit Hanina.

“We lost everything and left with only the clothes on our back. I don’t even have pictures of my children,” Lital, who has been married to Mahmoud for 23 years, said. The couple has six children.

A family agricultural nursery, where Mahmoud worked, and ancient olive trees on their plot of land were also destroyed.

Lital, an animal lover, managed to rescue some of the family pets who were left stranded in the rain and cold after the family’s home was demolished.

It was the second time the Salhiyeh family has been made refugees. In 1948 they were expelled from their home in the village of Ein Karem during the Arab-Israeli war.

In 1984 Jerusalem Municipality’s district planning committee approved a building plan for the Sheikh Jarrah neighbourhood and designated the plot on which the family home and nursery were built for public building – even though other public areas can be found for this purpose without requiring the eviction of a family home.

In July 2017, the municipality announced the expropriation of the plot of land, which Mahmoud’s parents purchased in 1958. 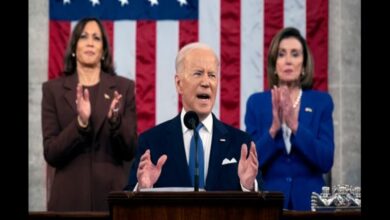