Despite growing impoverishment in Lebanon’s Tripoli and the city’s long history with extremism, radicals have failed to leverage popular resentment against the state, remaining largely absent from demonstrations, signaling the movement’s failure to find roots.

For years, Tripoli has been seen as a hotbed of extremism and poverty, and during the height of neighboring Syria’s civil war, the view of the northern city as a stronghold for extremists intensified.

But as Lebanon’s economic situation has rapidly deteriorated, and more are unemployed and hungry, the fact that the extremist street has remained silent as Lebanon is engulfed in a new phase of instability and protests, is testament to the movement’s failure to find strong roots there.

“The situation has worsened since,” said activist Talal Kabara. “The majority of people are now in need of food aid and subsidies,” he added.

The government recently warned that 75 percent of Lebanese nationwide needed aid. The coronavirus pandemic has been a further stressor on a fragile economic situation.

In Tripoli as well, the situation continues to worsen.

“Tripoli residents’ demands are mostly socioeconomic and are shared by everyone, including the Islamist street,” said Dr. Sari Hanafi, sociology professor at the American University of Beirut.

“The generally moderate stand adopted the by the state against protestors has prevented the use of violence by the more radical (elements),” said Hanafi.

Additionally, many Lebanese extremists have been arrested and others have been disenchanted by the Syrian Jihad, explained Abu Omar, who was part of an extremist group in Tripoli.

The context in which these groups operated has changed, Omar explained.

Extremism began to take hold in Lebanon’s north over a decade ago, following the 2005 assassination of Prime Minister Rafic Hariri, for which Hezbollah members are under prosecution by the Special Tribunal for Lebanon. The 2008 takeover of Beirut by Hezbollah militants exacerbated tensions between Sunnis and Shias in Lebanon.

“There was a feeling at the time among Sunnis that the government and secular movements did not respond to people’s expectation,” said sheikh Nabil Rahim, a reformed Sunni cleric.

“There was also resentment toward Hezbollah, which was perceived as taking over the country, [and] people turned increasingly to the Islamic street.” 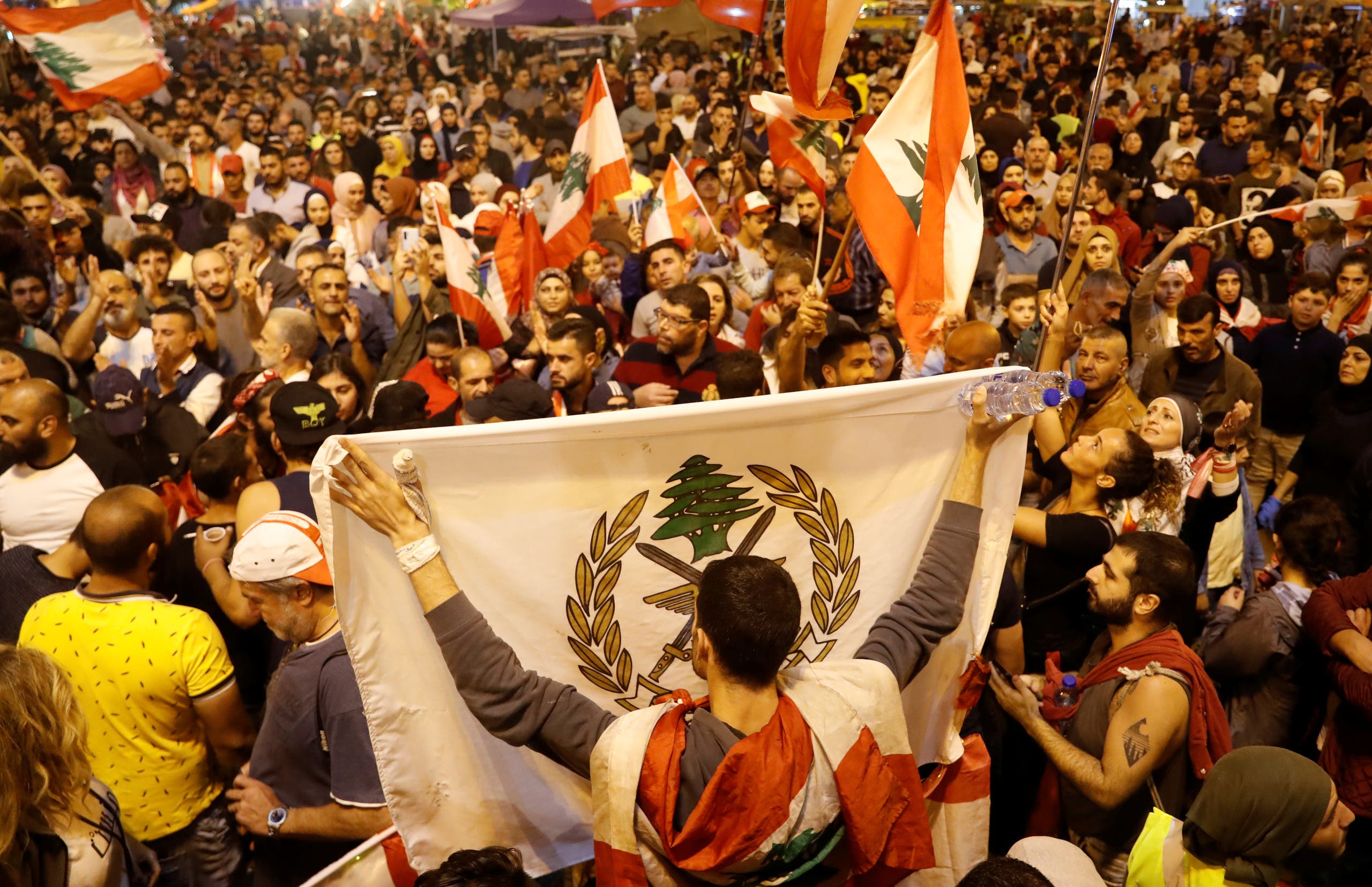 A demonstrator holds a Lebanese Army flag during a protest in Tripoli, Lebanon, November 2, 2019. (Reuters)

Tripoli was more vulnerable to the appeal of extremist movements, as the city was the scene in 2007 of the Nahr al-Bared war that pitted the Lebanese army against radical extremists belonging to the group Fatah al-Islam whose leader, Shaker Absi, held strong ties to Syrian intelligence and Al-Qaeda in Iraq. The forced collapse of Lebanon’s government in January 2011 led by of then-Prime Minister Saad Hariri, son of Rafic Hariri, followed by the Syrian revolution empowered Tripoli extremists.

Khalil Gebara, senior fellow at the Issam Fares Institute (IFI) at the American University of Beirut underlined that the extremist community remained small and dispersed in Lebanon.

He said that the number of Lebanese who went to fight in Syria alongside ISIS or the al-Qaeda linked Nusra front, excluding the Free Syrian Army, amounted to less than 450.

“Today a new day has begun, people have stopped believing in their sectarian leaders, they know they have been used to push the agendas of local politicians,” said Kabara.

Some of Lebanon’s most prominent political figures hail from Tripoli, including former Prime Ministers Najib Mikati and Omar Karami. Mikati and Member of Parliament Mohammad Safadi are considered as among, if not, the richest men in the country.

Yet Tripoli’s politicians have failed to improve their coreligionists living conditions.

Sheikh Nabil Rahim acknowledges that despite the city’s worsening economic conditions and the general discontent prevailing in the city, extremists have been largely absent from the protests.

Notwithstanding, the participation of some Islamist figures as well as the Muslim Brotherhood in demonstrations, the movement has failed to mobilize the hardcore extremist community, he said.

Abu Omar explained radicals have now become disillusioned and their priorities have become more mundane with families to feed and jobs to keep. Hope of real political change, whether by military or peaceful means appear to have faded for now for Lebanon’s former extremists.

Biden nominates nine new US ambassadors, including for Israel and NATO