Denmark said on Tuesday it would sharpen its military readiness including the deployment of two fighter jets to an island in the Baltic Sea “due to the unacceptable Russian military pressure on Ukraine.”

Denmark’s Defense Command said it would prepare a combat battalion of 700-800 soldiers which will now be able to stand ready and contribute to NATO’s operations within one to five days, down from the currently 30 days.

“We are strengthening our military capabilities to be able to respond more quickly if the situation requires it,” said Chief of Defense, Flemming Lentfer, in a statement.

He said the current threat to Denmark had not increased.

Denmark would also prepare a frigate for tasks such as increased monitoring of Danish waters and plans to send two F-16 fighter jets to the Danish island Bornholm in the Baltic Sea “in the near future,” the Defense Command said.

The Green Read: How coronavirus could help us save our planet 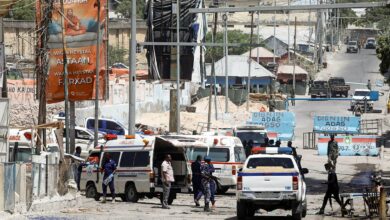