She will sing the national anthem at the Super Bowl  on Sunday.

And it turns out Demi Lovato, 27, put positive vibes into the universe a decade in advance to make this performance happen.

On February 7, 2010 she tweeted: ‘One day, I’m gonna sing the national anthem at a super bowl. Onnnee dayyy….’

The prediction has not been lost on fans, who have flooded the tweet’s comments with congratulations since her gig was announced last month.

One gushed: ’10 years later IM CRYING,’ while another wrote: ‘YOU DID IT BABY GIRL’ on January 16, the day she was revealed as the national anthem singer.

This Sunday Demi herself remembered the tweet and posted a grab of it to her Instagram page, writing: ‘Dreams really do come true y’all.’

When she posted the original tweet, Demi was a 17-year-old starring on the Disney Channel sitcom

Sonny With A Chance.

Demi was hospitalized after an overdose in 2018 and took over a year off live shows but returned to the stage to debut her single Anyone at last weekend’s Grammys.

This year’s Super Bowl held in Miami will feature a halftime show starring Jennifer Lopez and Shakira, who have both lived in the city.

The Kansas City Chiefs and the San Francisco 49ers will be facing off against one another at the Hard Rock Stadium.

This Saturday Demi was glimpsed leaving the E11EVEN nightclub in Miami at 6am, and by that night she was playing the Bud Light Super Bowl Music Fest.

She has since risen to greater heights of pop stardom and battled an onslaught of personal demons including bulimia and addiction.

Super Bowl Sunday will not be the first sporting event where she sings The Star Spangled Banner, which she has been doing since she was a teen.

In November 2008 at the age of 16 she belted out the national anthem at a Dallas Cowboys game. Her mother was once a cheerleader for the team.

The former child star performed the song at the World Series in both 2011 and on Halloween 2015.

She also sang The Star Spangled Banner at the hotly anticipated 2017 ‘Money Fight’ between Floyd Mayweather and Conor McGregor.

Adel Imam Kept in Quarantine.. Is He in Danger?! Johnny Depp is Dating his Lawyer and Amber ‘Doesn’t Care’ Glee Star Matthew Morrison Gets Fired From SYTYCD For Being Inappropriate 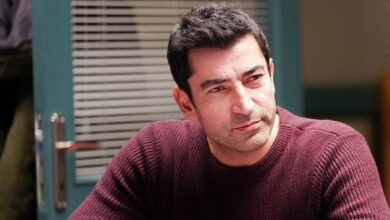