“Instead of heeding UN calls for a ceasefire, the Houthis are attacking Saudi Arabia with explosive UAVs provided by Iran,” the tweet from the White House NSC said.

(2/2) Instead of heeding UN calls for a ceasefire, the Houthis are attacking Saudi Arabia with explosive UAVs provided by Iran. It is time for the Houthis to work toward a peaceful solution to end the conflict in Yemen.

88 people are talking about this

On Monday the Arab Coalition intercepted and downed two drones that were launched toward Saudi Arabia by the Houthi militia in Yemen, according to coalition spokesman Turki al-Maliki.

The drones were heading towards a civilian area, in an act that violates a ceasefire effort that began in April, al-Maliki added.

The Arab Coalition announced a ceasefire in Yemen on April 24 to support efforts to contain the coronavirus pandemic, but the Houthis have not accepted the ceasefire and have continued attacks in several provinces in Yemen, as well as towards Saudi Arabia. 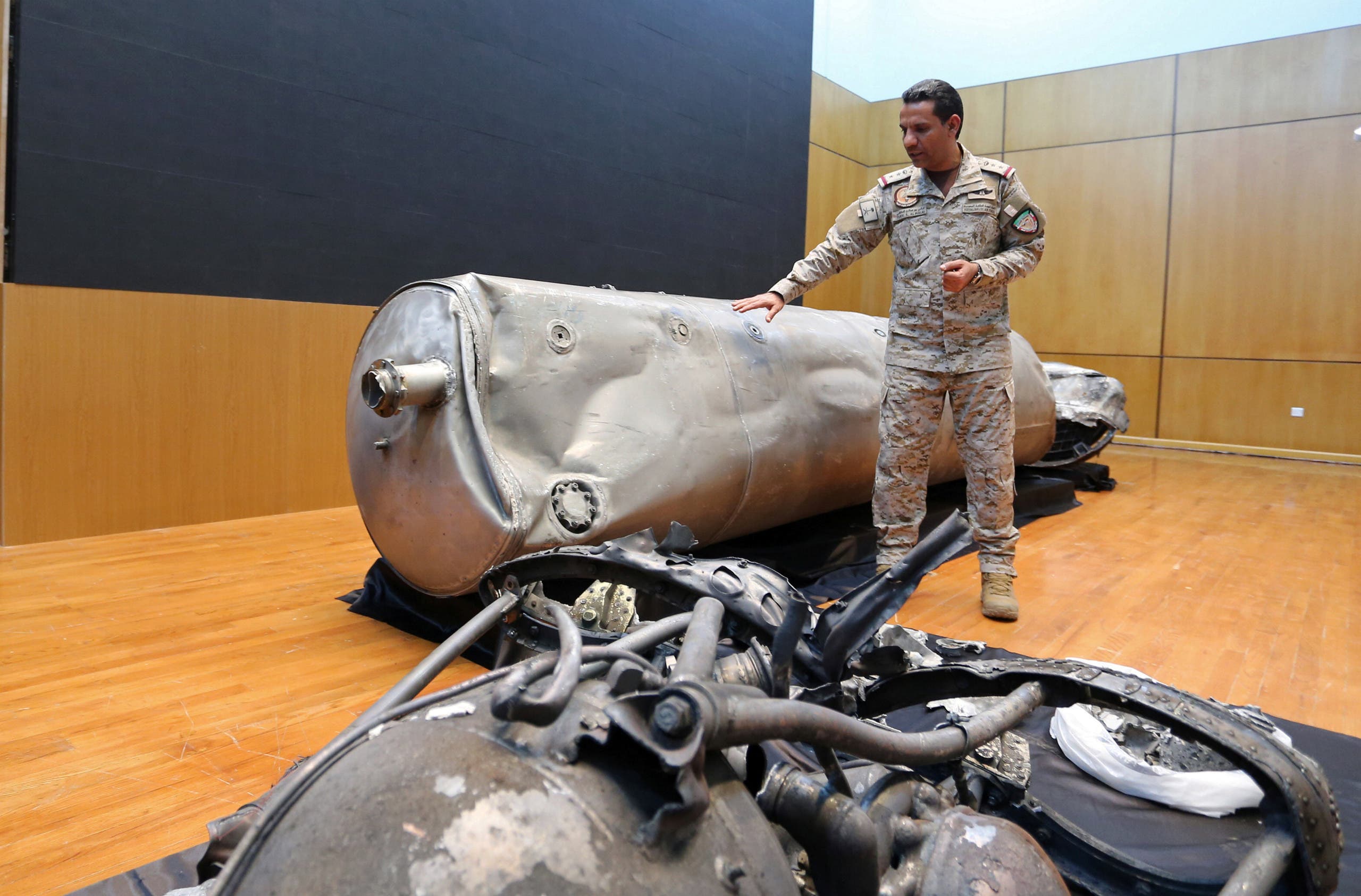 Arab Coalition spokesman Colonel Turki al-Malki displays the debris of a ballistic missile launched by the Houthis towards the capital Riyadh, during a news conference in Riyadh, Saudi Arabia on March 29, 2020. (Reuters)

The Houthis have committed more than 4,455 violations of the ceasefire, according to al-Maliki.

The Coalition also reported it had intercepted and shot down several drones launched by the Houthis on May 27 meant to target Saudi Arabia’s southern city of Najran.

The White House National Security Council said in another tweet that Saudi Arabia is focused on spearheading donor conferences to help the people of Yemen while the Houthis “continue to obstruct the delivery of vital humanitarian assistance.”

(1/2) While Saudi Arabia is hosting a donor’s conference to help the people of #Yemen, the Houthis continue to obstruct the delivery of vital humanitarian assistance.

137 people are talking about this

Saudi Arabia hosted a virtual UN conference on Tuesday that raised $1.35 billion for humanitarian efforts in Yemen, where 80 percent of the country’s population is reliant on humanitarian aid. Saudi Arabia, the top donor for the WFP operations in Yemen over the past five years pledged $525 million.

Donors have cut funding to Houthi-held areas over concerns the group is hindering aid delivery. 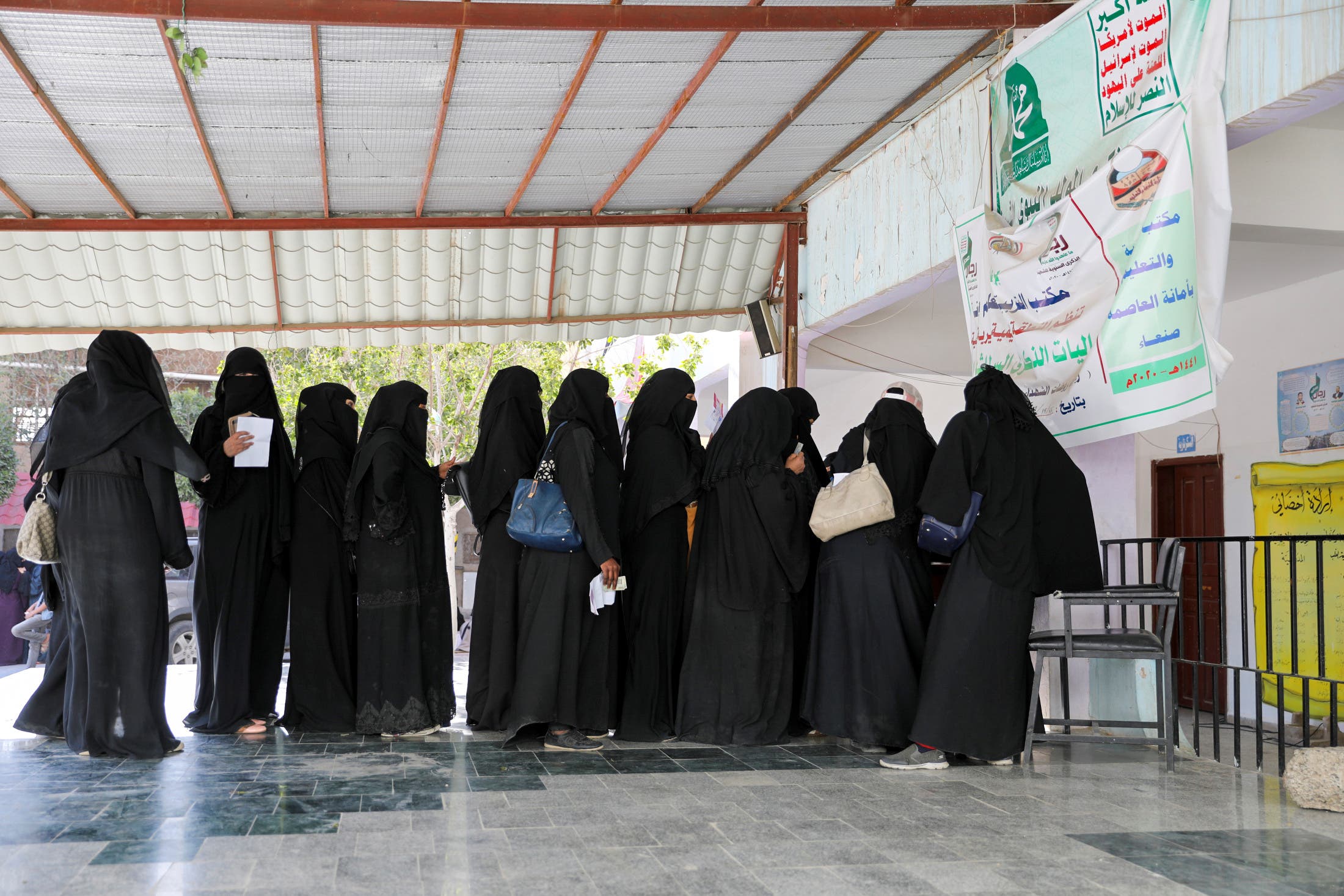 The Saudi Arabian-led Arab Coalition announced on Tuesday it was facilitating a World Food Programme-chartered shipment of medical equipment and food assistance to Yemen that plans to arrive at the Houthi-controlled Port of Hodeidah on Wednesday.

The ship is bringing 1,869 metric tons of medical equipment and 8,867 metric tons of food assistance under the World Food Programme’s humanitarian and relief efforts in Yemen.

A previous WFP chartered ship was unable to enter the Port of Hodeidah due to coronavirus restrictions. Yemen has so far reported 327 coronavirus cases and 81 related deaths.

Goya’s CEO compliments Trump and gets deluged with online scorn

US considering ‘additional steps’ to promote accountability for Houthi leadership

Launch postponed for Soyuz rocket with 38 foreign satellites, including Saudi