The death of a Lebanese singer in early hours Saturday brought back into the limelight the issue of road safety in Lebanon amid worsening living conditions that put the matter on the back-burner.

George al-Rassi was returning from Syria where he had finished a concert when his car hit a concrete barrier near the border on the Damascus-Beirut highway. A woman accompanying him was also killed in the crash.

Pictures shared on social media from the crash showed his car to be badly damaged, brining back the issue of Lebanon’s deadly roads and lack of road safety measures as well as the loose implementation of the country’s Traffic Law.

Road safety not a priority now

“The accident that killed Georges al-Rassi could have been easily prevented if the necessary precautions had been done such as having [crash] traffic cushions installed [to warn of the concrete barrier and reduce the impact of the crash],” founder of YASA for road safety Dr. Ziad Akl told Al Arabiya English on Sunday.

Akl also said that the absence of crash cushions is a common issue on Lebanese roads, noting that although YASA had previously tried to install many in different locations, this alone was not enough.

Crash cushions can be installed on roads as a preventive measure to reduce the impact of a car crash. (YASA)

“The Ministry of Transport and Public Works has by rule the mandate to put these traffic cushions and they are not doing this nation-wide,” he said, adding that another element that could have contributed to the accident is the absence of streets lights on the road.

Lebanese roads have long suffered from dire safety conditions with many organizations taking the initiatives to fill in the governmental gap in maintaining them.

The situation, however, got significantly worse with the country’s ongoing crises that even left traffic lights not functioning.

A worker at Rebirth Beirut, a Lebanese non-governmental organization, fixes a traffic light in Beirut, Lebanon May 27, 2022. (Reuters)

“We are in a chaotic situation. Traffic rules and regulations are not applied nation-wide and this is causing a big problem,” Akl said.

“Even the mechanical inspection of the vehicles is no longer done and due to the economic crisis, we are seeing high difficulties for the public sector to maintain the roads and for the people themselves to maintain their vehicles.”

Although the country has traffic laws in place, Akl said that it they are not being seriously implemented.

Akl said that the numbers in August are “considered to be high especially as the country faces on-off fuel crisis that has affected the transportation movement.”

Although he recognized the absence of the state, Akl called on people to maintain and adhere to safety measures while driving in order to avoid deadly crashes. 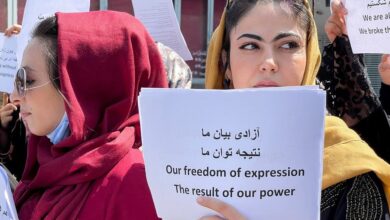