Dating app Grindr has said it will remove its ‘ethnicity filter’ that allows users to search potential matches by race.

Singletons prepared to pay £12.99-a-month for the ‘premium’ service are currently able to sort users based on their ethnicity, weight, height, and other characteristics.

But less than 24 hours after its tweet supporting ‘Black Lives Matter’ received widespread condemnation over the filter, the company has said it will delete it.

Protests have rocked the US for six days following the death of George Floyd, who was filmed gasping ‘I can’t breathe’ as an officer knelt on his neck in Logan County, West Virginia.

Writing on Twitter, the app said: ‘As part of our commitment to (Black Lives Matter), we have decided to remove the ethnicity filter from our next release.

We stand in solidarity with the #BlackLivesMatter movement and the hundreds of thousands of queer people of colour who log in to our app every day.

‘We will continue to fight racism on Grindr, both through dialogue with our community and a zero-tolerance policy for racism and hate speech on our platform.’

The dating app also said it would make a donation of an undisclosed sum to Black Lives Matter and the Marsha P. Johnson Institute, set up in memory of the activist and self-identified drag queen who was a prominent figure during the 1969 Stonewall uprising.

It announced the move after deleting its post, ‘demand justice. #BlackLivesMatter.’, which had sparked a barrage of criticism.

One Twitter user received more than 6,300 likes and 1,100 re-tweets when they responded saying: ‘Remove the ethnicity filter.’

Critics had previously slammed the dating app for having the filter, and had urged them to delete it.

But in an interview with Buzzfeed in 2016, co-creator Eric Silverberg defended it.

‘A person’s choice of partner is deeply personal, and I don’t think we would presume to judge or tilt one’s choice of sexual partner, boyfriend or husband,’ he said.

‘Ultimately each one of our own individual choices is profoundly informed by the community we grow up in, perhaps by the relationships we had with our siblings or parents.

‘I mean, to try and unpack that would probably take years for each person and so, I don’t know… I give wide latitude to other people when they talk about the kind of people they’re into.’

The US has been rocked by six days of protest over Mr Floyd’s death, with thousands of demonstrators marching in Las Vegas, Seattle, Dallas, Atlanta, New York and other major cities.

Law enforcement has used rubber bullets, tear gas and officers on horseback yesterday to clear a path for President Donald Trump to walk from the White House to St John’s church.

Coroners in Hennepin County ruled yesterday that Mr Floyd’s death was a homicide by asphyxiation. Who Has The Tops in Movie Venice?

Russian TV Under Fire After Showing Half of Putin’s Head on New Year! 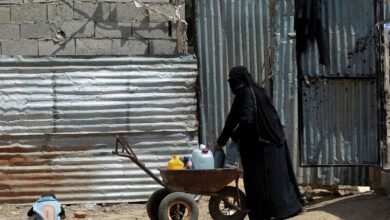