The 51-year-old actor is best known for playing martini-loving suave spy James Bond – who famously has the alcoholic beverage shaken and not stirred – and although his character likes to drink them, it seems Daniel himself has a knack for making them.

Daniel’s ‘Knives Out’ co-star Noah said: “Something that I learned about Daniel that would surprise his fans? I don’t think anybody would be surprised to know that he does make an incredible martini. [He] also makes a really good espresso martini.”

Noah, 36, insisted Daniel’s martini making skills are “top notch”, as he revealed the cast of the thriller movie – which also included Jamie Lee Curtis and Chris Evans – would “occasionally” have a drink together once filming was done for the day.

He added to Us Weekly magazine: “When you’re working with Daniel, you hope that he’s got the martini game on lock. Of all people in the world, we can have faith that his martini game is top notch.”

And although Daniel might be good at making martinis, he recently said he hates it when people ask him about his drink preferences.

The ‘No Time To Die’ star said: “Whenever someone asks me, ‘Would you like it shaken or stirred?’ I feel like punching them in the face. You go into a bar for one drink and you are served three.

Besides, I am not really into martinis. I prefer beer.”

Despite playing 007 on screen, Daniel couldn’t be less like the character in real life, as he also said he’s “scared of guns” and had to overcome a “paralyzing fear of heights” whilst filming a scene for one of the movies.

He explained: “You might find this amusing, but I’m scared of guns. Seriously, I once saw a gunshot wound up close. It was horrible. And in a scene where I had to climb a 60-meter crane I overcame a paralyzing fear of heights.” 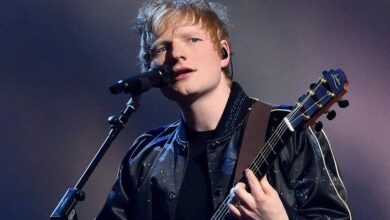