As several countries around the world readied to ease lockdown restrictions imposed to control the spread of COVID-19, Damascus Opera House began to plan for its next big show.

The big ceremony will take place Thursday, with the Syrian National Ensemble for Arab Music.

The show, which will be aired live on social media, will feature several instrumental and lyrical Arabic songs, played with a video in the backdrop depicting scenes of the country’s efforts to fight the virus. Performers will also dance to the music.

Andre Maalouli, head of Dar al-Assad for Culture and Arts, said the government has done its part in fighting the pandemic, but that artists also play an important role in inspiring positivity during the crisis.

The concert, presented by the Syrian National Band for Arab Music, led by Maestro Adnan Fathallah, the founder and leader of the Arab Music Orchestra of the Solhi Al-Wadi Institute and dean of the Higher Institute of Music, will be held inside the Opera House’s large hall.

Fathallah said that the concert’s most important message is “that the man who thrived on this land and composed music for more than ten thousand years is still keen to present it in a way that carries the meanings of peace and love to all people.” The ceremony serves as a tribute to everyone who made an effort to fight against COVID-19.

The ceremony will include a mix of traditional and popular national music.

Fathallah added: “We have decided that for an hour, we will perform a show that includes many different genres so that we achieve what will be seen as a show consistent with the identity of the band within Arab music as well as the event’s theme.” Performers will also play music from Egyptian film Lahn al-Kholood (Immortal Song) by Egyptian-Syrian Composer Farid Al-Atrash, and give a nod to Abu Khalil Al-Qabbani, considered the “father of Syrian theatre.”

Fathallah hopes to see life return to normal and for the opera house return to its former glory.

Why Do Storks Flock to Ankara? 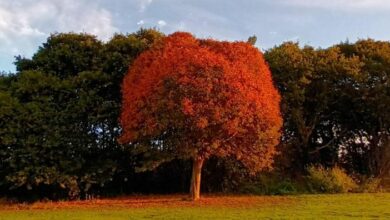