The premier accused the Russian officials of making up a story that a Russian diplomat brought a suitcase of ricin into the Czech Republic with a plan to poison three politicians, including Prague Mayor Zdeněk Hřib.

Hřib came under police protection in April in response to the alleged threat.

“The entire case came to being as a result of internal feuding among workers at the embassy,” Babiš said. “One of them sent false information about a planned attack against Czech politicians to our counterintelligence service.

“We are interested in having good relations with all countries, but we are a sovereign state and such actions are unacceptable on our territory.”

“The Czech authorities have done serious damage to the Russian-Czech relations, without any grounds,” the ministry said in a statement.

“Prague’s actions will be followed by an adequate response, moreover they will be reckoned with while developing Russia’s policy towards the Czech Republic. Such provocations should be answered for.” 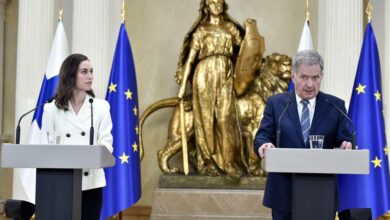