Followers on social media have circulated a video they considered it to be bold of one of the episodes of Dantail “Lace” series broadcast on Shahid streaming.

The series is written by Engy Al-Qassem, directed by Al-Muthanna Sobh, and produced by “Eagle Films” owner, Jamal Sinan.

Lebanese actress Cyrine Abdelnour have been blasted for her romantic scene with Syrian actor Mahmoud Nsr, as the couple shared a smooch.

One follower wrote: “I’d like to know her husband’s position” and Cyrine responded: “My husband knows that it’s just acting, I wish you know that as well.” 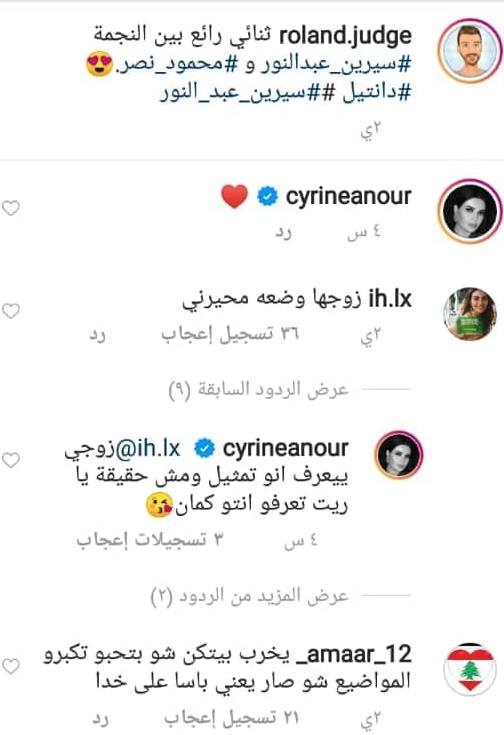 It looks like this is not the only kiss Abdelnour had received this week, as she gave her husband a quick smooch during his birthday celebration.