The visit on Sunday to the Turkish Republic of Northern Cyprus (TRNC) and to Varosha for the picnic constitute a “provocation without precedent,” President Nicos Anastasiades said.

“They simultaneously undermine the efforts of the UN secretary-general to call an informal five-party meeting” between Greek and Turkish Cypriots, Athens, Ankara and former colonial power London, he said.

Anastasiades, in a statement, said that such actions also “do not contribute to the creation of a favorable, positive climate for the resumption of talks for the solution of the Cyprus problem”.

The visit, just weeks after Erdogan helped a nationalist ally win election as Turkish Cypriot leader, is painful for the island’s Greek Cypriot majority, who have never given up their demand for the displaced to be allowed to return to their former homes in Varosha.

“These acts cause the outrage of all the people of Cyprus,” the island’s internationally recognized president, who is also the Greek Cypriot leader, said in a statement.

A vacation spot that was dubbed a “Jewel of the Mediterranean”, Varosha had been fenced off ever since Turkey’s 1974 invasion of Northern Cyprus.

The invasion, launched in response to an Athens-engineered coup in Nicosia, was followed on November 15, 1983, by the declaration of the TRNC, which is recognized only by Ankara.

Greek and Turkish Cypriot organizations have signed a joint petition calling for Varosha’s “unilateral” reopening to halt, and for Erdogan to stay out.

“The festive nature of the reopening, built on the memories and suffering of its past inhabitants, hurts our conscience,” the petition reads.

“No interference! Freedom for all!” hundreds of Turkish Cypriot protesters chanted in northern Nicosia on Tuesday to denounce Erdogan’s visit. 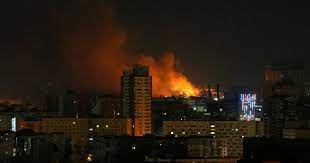 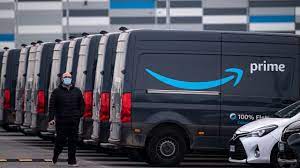