Three months on from the Beirut Port blast, rebuilding efforts are still going strong and cultural initiatives seeking to lend a helping hand.

Two of these seek to raise funds for blast victims and the repair efforts through art sales: “Art Li Beirut,” an online art auction on Artscoop, and “For Beirut, With Love,” the exhibition now up at Opera Gallery.

Organized by nonprofit Revive Mar Mikhael, “Art Li Beirut” brings together 70 works by 51 international artists, all up for sale online until Nov. 5.

“I got inspired by Mar Mikhael,” Revive Mar Mikhael member Lisa Bitar told The Daily Star, “all the graffiti on the walls, the small art galleries and the colorful stairs.

“I thought, why not do an art auction so people can get something in return for their donations, especially because the area is linked to culture and heritage and I felt there is a very strong connection between art and the neighborhood.”

Bitar said she moved back to Beirut to join in the reconstruction effort.

“We focus on micro businesses, like the little Lebanese grocery shops you find on corners, a local hair salon or a small gym in the affected area,” she added. “We’ve done things like repay the debt of elderly people at pharmacies and covered their expenses for the next six months. We try to do little surprises for people to bring them hope and a smile to their faces.”

Opera Gallery, which lies only a few hundred meters from Beirut Port and suffered great material damage during the explosion, reopened last week for their charity exhibition “For Beirut, With Love,” whose proceeds will be donated to Lebanese non-profits Arc-en-Ciel, Beb w Shebbek and Offre Joie, as well as Caritas.

The Beirut franchise of the international gallery venture reached out to artists they have worked with in the past to donate a work for the cause, which have been compiled into a catalogue and can be viewed by appointment.

“We decided we weren’t going to give up and three days after the blast we started thinking about what we could do,” gallery director Salwa Chalhoub told The Daily Star. “I called on 11 international artists. They responded quickly and were excited to show support for Lebanon, some works made especially for Beirut.

“We already sold many pieces even before the show opened and the reaction from people has been incredible,” she added. “From Ellen von Unwerth we have one of her iconic photos of Kate Moss from the ’90s, called ‘Milk.’ We have a work made especially for Beirut by Iranian artist Golnaz Fathi, whose work is represented in major international museums, called ‘Beirut’s Flames,’ which is incredible.”

With the gallery’s reopening, Chalhoub feels some light and life has been brought back to the street. She hopes that although recovery will mostly be through civilian efforts, people will continue to pick up the pieces and carry on. 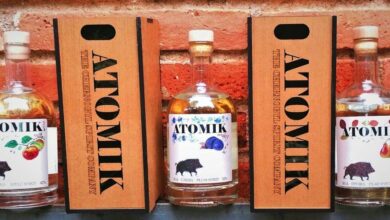 Harrods: The Brits Are Sick of Masks, Sick of Covid

Calls for culling of Pablo Escobar’s hippos over threats to biodiversity: Scientists