With 54 percent of the votes counted, the State Electoral Commission said on Sunday that the Social Democrat candidate got 54 percent of votes ahead of the incumbent centre-right President Kolinda Grabar-Kitarovic of the governing HNZ party.

Opinion polls had suggested Milanovic’s triumph, though with a smaller margin. Grabar-Kitarovic, who took 46 percent of the vote, has struggled to unite a fractured right wing.

The presidential role is to a large extent ceremonial as the head of state cannot veto laws but has a say in foreign policy, defence and security measures.

The next president’s five-year term will begin in February.

Some 3.8 million people were eligible to vote in the runoff poll, which followed a heated first round in December.

The vote comes as the European Union’s newest member is struggling with corruption, a lacklustre economy and a large exodus of its population seeking better opportunities abroad.

Unity, patriotism and references to the 1990s independence war, which remains an emotive issue, featured heavily in Grabar-Kitarovic’s re-election bid, while Milanovic told voters that the “wars are over” and Croatia should now focus on its role in the EU.

Milanovic, who tried to shake off a reputation as an arrogant elitist, ran his campaign on promises that he would fight the corruption he said had intensified since the conservatives took power.

A prime minister from 2011 until 2016, he was welcomed at the time of assuming office as a bright, young politician clean of the corruption tainting the rival HDZ. 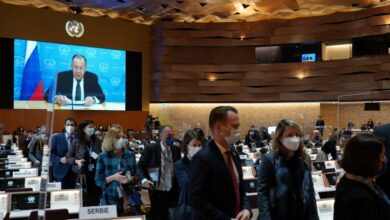