A second wave of the COVID pandemic is continuing to have a devastating effect on India, which has seen oxygen supplies run perilously low and crematoriums operating non-stop.

British officials are currently looking at which COVID-19 vaccines would offer the best booster shot for vulnerable people later this year but no decisions have been taken yet.

Britain is quickly rolling out vaccines and has been the second quickest country in the world to give a first COVID-19 shot to at least half its adult population.

The government is already assessing the possible need for a third COVID-19 vaccine dose for the elderly and vulnerable, to be given in the autumn, after all adults are given their initial two-shot regime.

“The clinicians haven’t yet made their decision when they will need to boost, whether to give more immunity to the most vulnerable, to increase the durability of the protection, or to deal with a variant,” vaccines minister Nadhim Zahawi told Sky News.

The entire delegation of India to the Group of Seven summit in London is in self-isolation after two members tested positive for COVID-19, the UK government has said.

“We deeply regret that foreign minister Jaishankar will be unable to attend the meeting today in person but will now attend virtually, but this is exactly why we have put in place strict COVID protocols and daily testing,” Reuters reported a senior diplomat as saying.

Ambassadors from World Trade Organization countries plan to discuss trade rules protecting the technological know-how behind COVID-19 vaccines amid growing pressure on rich nations to relax them as a way to help developing countries fight the pandemic, The Associated Press reported.

The WTO’s General Council was taking up a temporary waiver for intellectual property protections that South Africa and India first proposed in October. The idea has gained support in the developing world and among some progressive lawmakers in the West.

Authors of the proposal, which has faced resistance from many countries with influential pharmaceutical industries, have been revising it in hopes of making it more palatable.

Cricket Australia said plans were under way to fly 38 players and staff – including superstars Steve Smith, David Warner and Pat Cummins – to the relative safety of the Maldives or Sri Lanka in the next “two to three days.”

The Indian Premier League, the world’s richest Twenty20 cricket tournament, was suspended on Tuesday and players were sent home, as India battles a massive surge in coronavirus cases.

India accounted for nearly half of the COVID-19 cases reported worldwide last week and one in four of deaths, the World Health Organization (WHO) has said.

The Delhi High Court will decide on Wednesday whether to punish government officials for failing to end a two-week-old erratic supply of oxygen to overstretched hospitals.

The court will decide whether to press contempt charges against home ministry officials for defying its order to meet oxygen requirements of more than 40 hospitals in the capital. Those found guilty face six months in prison or a fine.

“You can put your head in the sand like an ostrich, we will not. We are not going to take no for an answer,” Justices Vipin Sanghi and Rekha Palli said.

Australia’s Federal Court says it would urgently hear a challenge – brought by a 73-year-old man living in Bengaluru – to the country’s controversial ban on citizens returning home from coronavirus-hit India.

Prime Minister Scott Morrison this week banned arrivals from India, which is recording hundreds of thousands of new coronavirus infections each day. Under the measures, Australian citizens who return home face jail time and heavy fines.The move has caused widespread outrage, with Morrison’s own allies describing it as “racist” and an abandonment of vulnerable Australians overseas.

India’s central bank has released $6.7bn in cheap financing for vaccine makers, hospitals and other health firms to counter the devastating coronavirus surge gripping the country.

Reserve Bank of India governor Shaktikanta Das said cheap loans would be available until March 31 next year, and vowed to deploy “unconventional” measures if the crisis worsens.

“The devastating speed with which the virus affects different regions of the country has to be matched by swift and wide-ranging actions,” he said.

A chartered Qantas flight has left Sydney carrying medical supplies to India including 1,056 ventilators and 43 oxygen concentrators, the Australian government said in a statement. 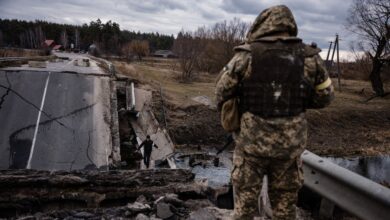 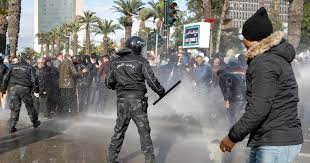