An armada of tankers laden with an estimated 50 million barrels of Saudi Arabian crude is heading towards United States shores – cargo US shale oil producers regard as a foreign invasion delivered by a lower-cost competitor hell-bent on driving them out of business.

For President Donald Trump, the timing is particularly vexing. With US voters heading to the polls in November, Trump is under fire for his handling of the coronavirus pandemic, while the US economy – a cornerstone of his re-election campaign – is being annihilated by lockdowns.

Now an oil price crash rooted in COVID-19 disruptions and aggravated by Saudi shenanigans has many US oil firms staring down the barrel of bankruptcy. Last week, prices of US benchmark crude turned negative for the first time ever. Tens of thousands of energy jobs in Republican-controlled states are at risk of vanishing. US lawmakers who previously supported the status quo in US-Saudi relations are calling for a ban on crude imports from the kingdom.

More ominously for Saudi Arabia, the threat posed to the US shale patch has landed the 75-year-old alliance between Washington and Riyadh firmly in the electoral crosshairs, heaping pressure on Trump to make good on his signature campaign motto to put “America first”.

Despite diametrically opposed core values, the US-Saudi relationship has held together for three-quarters of a century on the strength of mutual security and business interests. But the marriage of convenience has been far from frictionless.

The 1973 oil embargo by the Saudi-led Organization of the Petroleum Exporting Countries (OPEC) helped push the US economy into recession. Images of American motorists queuing in petrol lines are still etched in the nation’s collective consciousness. The kingdom is also inextricably linked with the 9/11 attacks carried out by 19 hijackers, 15 of whom were Saudi nationals.

Over the past two decades, whenever oil prices become uncomfortable for US consumers and businesses, the No Oil Producing and Exporting Cartels Act (NOPEC) tends to rear its head on Capitol Hill. By taking aim at OPEC price fixing, the legislation, which has struggled through the years to find White House support, would strip Saudi Arabia of the sovereign immunity that shields it from a potential tsunami of lawsuits in the US.

The Saudis have also had their grievances with Washington. Riyadh famously bristled at the Obama administration’s efforts to defuse tensions with Iran, Saudi Arabia’s fiercest regional rival.

But the relationship between Riyadh and the White House warmed significantly when Trump took up residency at 1600 Pennsylvania Avenue.

To the kingdom’s delight, the Trump administration unilaterally withdrew from the Iran-nuclear deal in 2018 and went on to slap Tehran with relentless rounds of economic sanctions.

But politicians in Congress have not been nearly as willing to ignore troubling behaviour by Riyadh.

MBS’s disastrous military campaign in Yemen and the profound humanitarian crisis it has spawned prompted efforts in Congress to block weapons sales to Riyadh. US politicians on both sides of the aisle were horrified by the murder of Saudi journalist and US resident Jamal Khashoggi – an assassination US intelligence concluded had been ordered by MBS. Over 7,000 civilian casualties recorded in Ukraine since Russian invasion: UN 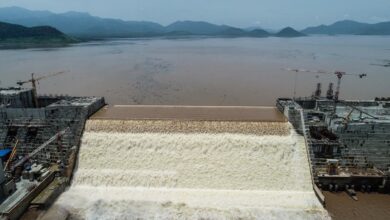