The world’s biggest gaming event, E3, has been cancelled over fears surrounding the spread of coronavirus.

The event, due to take place 9-11 June in Los Angeles, had been highly anticipated, ahead of PlayStation and Xbox console launches later this year.

Organisers said it had been cancelled “after careful consultation” over “the health and safety of everyone in our industry”.

And they were “exploring options” for an “online experience” in June.

The E3 team is devastated to share this news. This decision was not reached lightly, but it is the right one for the health and safety of all involved. Read our statement here: https://e3expo.com/ 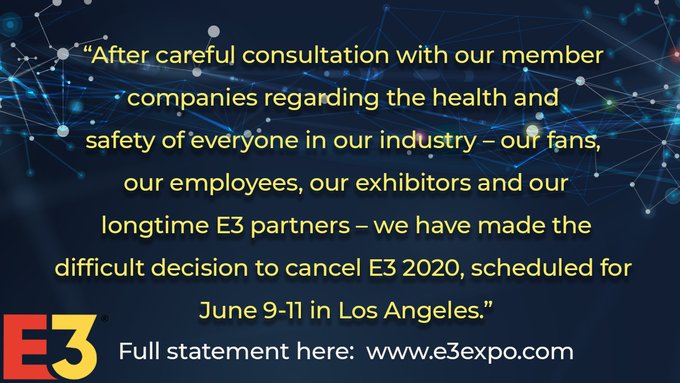 “This might lead to some permanent change to events like E3,” said Piers Harding-Roll, from Ampere Analysis.

Such major expos “were already struggling to define themselves in the rapidly changing landscape of games” he said.

“Next year, E3 may well be quite different.”

Got a new game to tell people about? Do it at E3. Got a new console to flog? E3 is the first stop the hype train calls at.

Over the course of its life, E3 has morphed from a trade-only event that helped retailers to figure how many physical copies of a game they wanted to buy, into a circus of organised chaos.

In recent years, the public has been allowed in, hoping to catch a glimpse of (or spend hours queuing to play) a pre-release game demo on the show floor. Multi-million dollar press conferences became the norm.

But industry observers have suggested that E3 has struggled to remain relevant in the last few years.

Opening up to the public was part of an attempt to regain some former glory. But the harsh reality is that E3 is an expensive show to exhibit at, costing many millions of dollars for those that do.

Some big brands would rather create their own events, promoting only their own products – a trend that doesn’t look like it’s going away any time soon.

Sony, which is launching its Playstation 5 console in time for the Christmas season, had already decided not to attend, for the second year in a row.

Nintendo has also shifted to making its announcements in a global online live-stream – but, like many developers, it has maintained a presence at E3 for hands-on demonstrations.

Those are open to the public – and often involve game controllers being passed from person to person as thousands mingle on the show floor.

Microsoft’s Head of Xbox, Phil Spencer, tweeted that while the company had planned on appearing at E3, it would now hold a digital event.

Dozens of major technology events have been cancelled in recent weeks as the virus has spread around the world and public health officials have warned people against gathering in large numbers.

The Game Developers Conference, SXSW, Mobile World Congress, and Google and Facebook’s major conferences are among the casualties.

Major events that have yet to be cancelled include:

Other events, such as the Ted talks series, have been postponed or shifted online.

The gaming media was left frustrated with organisers after the personal information of more than 2,000 journalists was published on E3’s website last year.

And, on Wednesday, gaming journalist Laura Kate Dale tweeted: “With last year’s E3 scaring away press… many publishers [are] likely to learn this year how cost-effective live-streamed events can be.

Meanwhile, Brian Crecente, a former games journalist turned consultant, said: “Why not have E3 without the E3?”

“All of the big companies stream their press conferences anyway.

“They could just do that without an audience and then upload demos.” 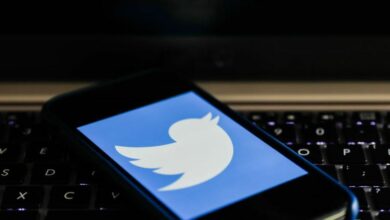 Tea at the Ritz soured by credit card scammers