Unlike many countries, Indonesia said it intends to inoculate its young working population first, rather than the elderly, partly because it does not have enough data from clinical trials on CoronaVac’s efficacy on older people.

Indonesia officially launched one of the world’s biggest COVID-19 vaccination campaigns last Wednesday with President Joko Widodo getting the first shot of a Chinese vaccine as his country fights one of the worst coronavirus outbreaks in Asia.

Deciding who should be first in line for limited vaccine doses has been a challenge around the world, with many countries prioritizing vulnerable medics and the elderly.

Another factor in Indonesia’s decision to focus on prioritizing vaccines on those aged 18-59 stems from their strategy that a younger working population is more likely to spread the coronavirus and hence giving them the vaccine would achieve herd immunity.

But in Indonesia, Siti Nadia Tarmizi, a senior health ministry official, said the decision to include young people and social media influencers alongside almost 1.5 million healthcare workers in the first round of inoculations was a deliberate government communications strategy. 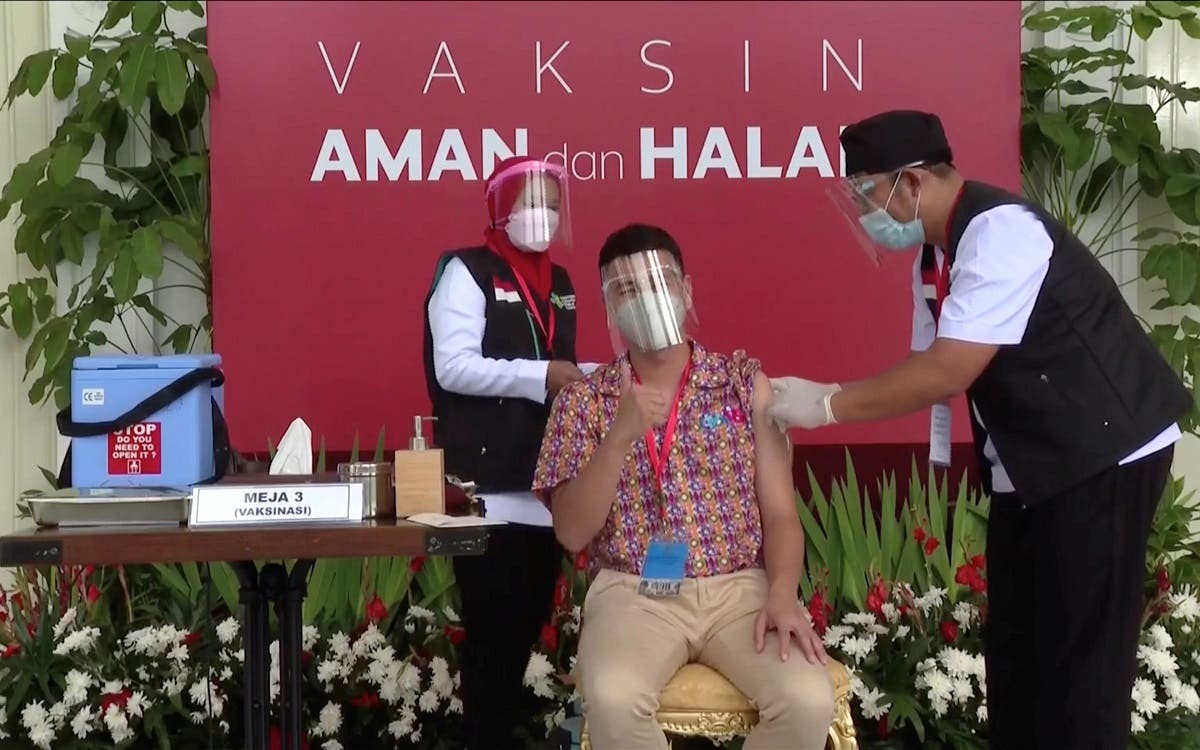 “Immunizing the working members of a household will mean they are not bringing the virus into the home, where their older relatives are,” the BBC quoted Tarmizi as saying.

Olivia Herlinda, a researcher at the Center for Indonesia’s Strategic Development Initiatives, said Indonesian authorities had not taken into account the vaccine efficacy and virus reproduction rate to justify its herd immunity focus.

Although Indonesia faces the most severe coronavirus outbreak in Southeast Asia – with more than 869,000 cases and 25,000 deaths – there has been skepticism around the safety and efficacy of any vaccine, and in the world’s biggest Muslim-majority nation, whether it is halal, or allowed under Islam.

Indonesia has said its trials showed CoronaVac has an efficacy rate of 65.3 percent, but Brazilian researchers said on Tuesday the vaccine was only 50.4 percent effective.

Indonesia expects to get another 122.5 million doses of CoronaVac by January 2022, with about 30 million doses due by the end of the first quarter this year.