An ultra-Orthodox minister in Israel’s government resigned Sunday over nationwide lockdown plans to tackle one of the world’s highest coronavirus rates that would affect religious practices over Jewish holidays.

Yaakov Litzman stood down as housing minister, protesting at measures that he said will prevent Jews from attending synagogues over the upcoming festivals of Rosh Hashanah and Yom Kippur.

“It is an injustice and disregard for hundreds of thousands of citizens, ultra-Orthodox, religious and traditional,” to impose the lockdown over the holidays, said Litzman, a former health minister.

According to an AFP tally, Israel is second only to Bahrain for the world’s highest coronavirus infection rate by population.

The surge in cases prompted Israel’s coronavirus cabinet to announce last week plans for a nationwide lockdown that will go into force ahead of the Jewish holidays, which start on September 18.

The broader coalition government met on Sunday to vote on the plans, which are expected to see all non-essential shops shut and schools closed across the country.

Prime Minister Benjamin Netanyahu said he regretted Litzman’s resignation, but vowed to forge ahead with the new measures.

“We must move forward and make the decisions that are necessary for the state of Israel during the corona period,” he said at the start of the cabinet meeting.

The government is due to close or seriously limit presence in synagogues and other places of worship during the lockdown, expected to be imposed for an initial 14 days.

Israel had initially been widely praised for curbing the spread of coronavirus by imposing a strict lockdown in March.

Children returned to school in May and businesses including bars and restaurants were reopened, along with venues hosting weddings.

While foreign visitors are still banned and masks are obligatory, Israel has seen a spike in coronavirus cases in past weeks. 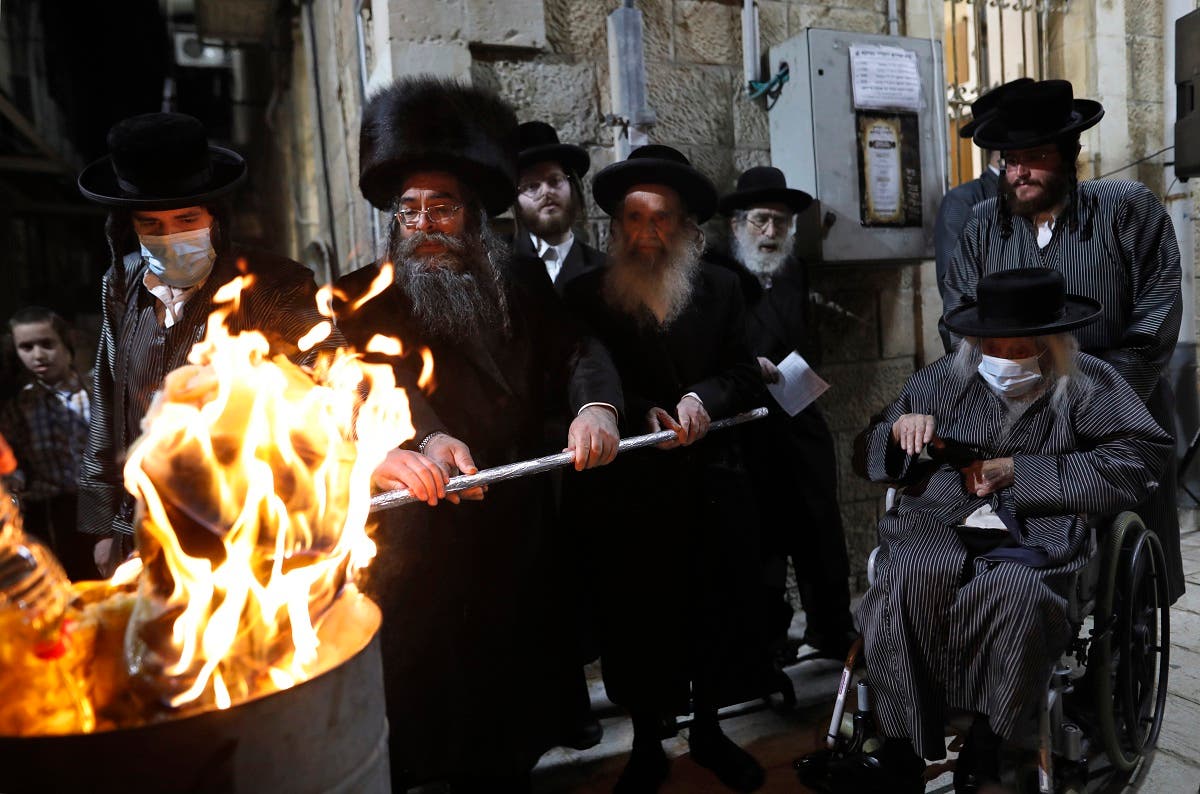 Ultra-Orthodox Jews light a Lag BaOmer bonfire in Jerusalem’s religious Mea Shearim neighborhood amid orders to cancel all Lag BaOmer holiday celebrations, on May 11, 2020, during the coronavirus pandemic. (AFP)

More than 153,000 cases have been registered with 1,108 deaths, out of a population of nine million.

The government has been blamed for the rapid reopening of businesses, with some arguing insufficient financial measures forced people back to work prematurely.

Others have blamed the reopening of schools but also the country’s increased testing capacity for pushing up the number of positive Covid-19 cases.

As part of efforts to manage the public health crisis, the government has divided cities and towns into four color-coded categories – green, yellow, orange and red – based on infection rates.

Earlier this month, 40 “red” areas were put under curfew, with gatherings limited and schools shut. Turkey’s Erdogan says he lowered inflation to four percent before, will do again