The United Arab Emirates confirmed 490 new cases over the past 24 hours after testing 30,000 people, according to the health ministry.

The ministry also announced three new deaths, raising the country’s death toll to 46 on Tuesday. Meanwhile, 1,443 people out of a confirmed 7,755 cases have recovered so far.

The UAE has seen a steady increase in daily cases as the country ramps up its testing efforts across the nation.

There are plans in the UAE to test all citizens and residents, according to a Bloomberg report. The health sector has been performing about 30,000 tests every 24 hours in effort to test as many people as possible.

The announcement that the UAE is planning to test all residents builds on its already expanding testing program.

Since late March, UAE officials have established a variety of testing facilities across the country.

The country has also launched a home-testing service for people with disabilities.

Most recently, it established two testing centers for workers in Abu Dhabi’s industrial area of Musaraf. 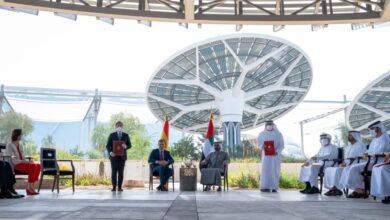