The outbreak is putting the Italian healthcare service under immense strain. But will the UK follow this path?

On Thursday, Boris Johnson’s chief scientific adviser, Sir Patrick Vallance, said the UK was four weeks behind Italy “in terms of the scale of the outbreak” if not “in terms of the response”.

Does that mean we’re four weeks away from a similar fate?

Not necessarily. Here are three reasons why experts believe the UK’s epidemic could be different from Italy’s, and why the number of cases here means something different.

The number of confirmed cases is not the same as the number of actual cases. It depends on how many infected people are detected.

The epidemics in both countries may be growing at a similar rate now, but early on the UK had more diagnosed cases than Italy. Italian numbers shot up on 23 February, leading scientists to think there was a period when the virus was spreading without being detected.

That gave less room for measures like tracing contacts of those who had fallen ill and isolating cases to slow the spread.

Professor of international public health Jimmy Whitworth says that put the health system “behind the curve” in controlling the epidemic.

Researchers also warn that the Italy virus testing system has become overwhelmed and is not keeping up with new cases. This means Italy’s figures could be falling further behind the total number of actual cases.

And as the UK adds more testing capacity, Prof Whitworth adds, we might see a “jump in numbers” – not just a result of greater transmission, but better detection.

The pressure on health services also depends on where, and how severe, each case is.

There are good reasons to believe that these factors are different for the two countries. Since the initial spread, most of Italy’s epidemic has been concentrated in the northern region of Lombardy, home to just over 15% of Italians.

Lombardy has accounted for almost 60 in every 100 cases in Italy. By contrast, the epidemic, so far, is more spread out in the UK. Like Lombardy, London has about 15% of citizens. But it has a smaller proportion of cases: just under 25 in 100.

So 15,000 cases spread out across the UK might not put the same pressure on hospitals as they would if they were mainly in one city or region.

The UK government is still planning for a time when the NHS will face significant challenges. But that may not be when we catch up with Italy’s current number of confirmed cases.

3. More of Italy’s confirmed cases are fatal
The death rate among confirmed cases in Italy is higher than in the UK. As of 12 March, the mortality rates among detected cases were 1.4% for the UK and 6.7% for Italy.

Prof Whitworth believes a higher death rate in Italy could mean that the observed cases contain a larger number of sicker patients. Italy has an older population than the UK, and the effects of Covid-19 infection have been more serious in older people.

That puts more pressure on services.

The alternative explanation for the higher death rate is that Italy’s is an overwhelmed health service.

Don’t relax quite yet
Even though our epidemic may not follow Italy’s exactly, that doesn’t mean the UK will escape serious changes to its way of life.

Epidemiologist Adam Kucharski warns against simple comparisons of case numbers and that “without efforts to control the virus we could still see a situation evolve like that in Italy”, even if not necessarily in the next four weeks. 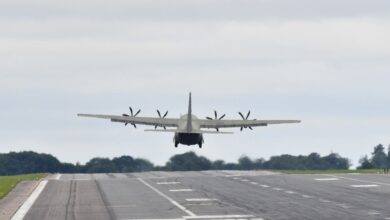 Are Arab Americans people of color? Mayor vote in US raises issue