Syria, which had a population of 23 million before its conflict began in March 2011, has registered 3,506 confirmed coronavirus cases as well as 152 deaths in government-held areas.

The actual number of cases is believed to be much higher, as the number of tests being done in the country is very low and many people in rural areas are unaware they are carrying the virus.

Coronavirus tests at private clinics cost around $60, far too expensive for most Syrians, whose average salary is less than $100 a month. The government conducts about 300 free tests each day for people showing symptoms. 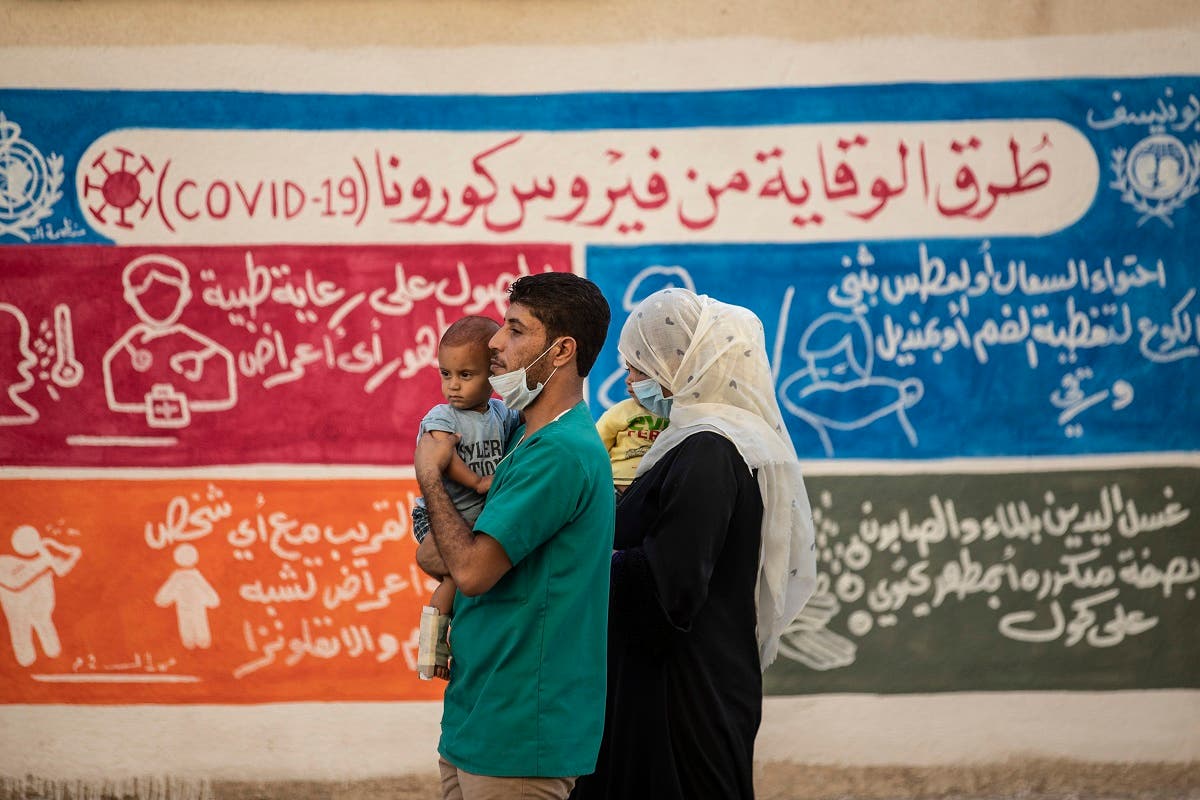 A Syrian family walks past a mural painted as part of an awareness campaign on coronavirus by the United Nations International Children’s Emergency Fund (UNICEF) and World Health Organization (WHO) in Qamishli, Syria, August 16, 2020. (AFP)

Among the precautionary measures taken by the Ministry of Education were the sanitizing of all classrooms, walls, floors, stairs and bathrooms of schools, state news agency SANA said.

Students’ temperatures will be checked as well.