Spain’s chief of the defense staff resigned on Saturday, the armed forces said, after a row over him getting the coronavirus vaccination despite not being on a priority list.

“In order to preserve the image of the armed forces, General Villarroya today presented his resignation request to the defense minister,” the armed forces said in a statement.

The 63-year-old general was quoted as saying he had “never intended to take advantage of unjustifiable privileges.”

His resignation was accepted by Defense Minister Margarita Robles, a source told AFP. 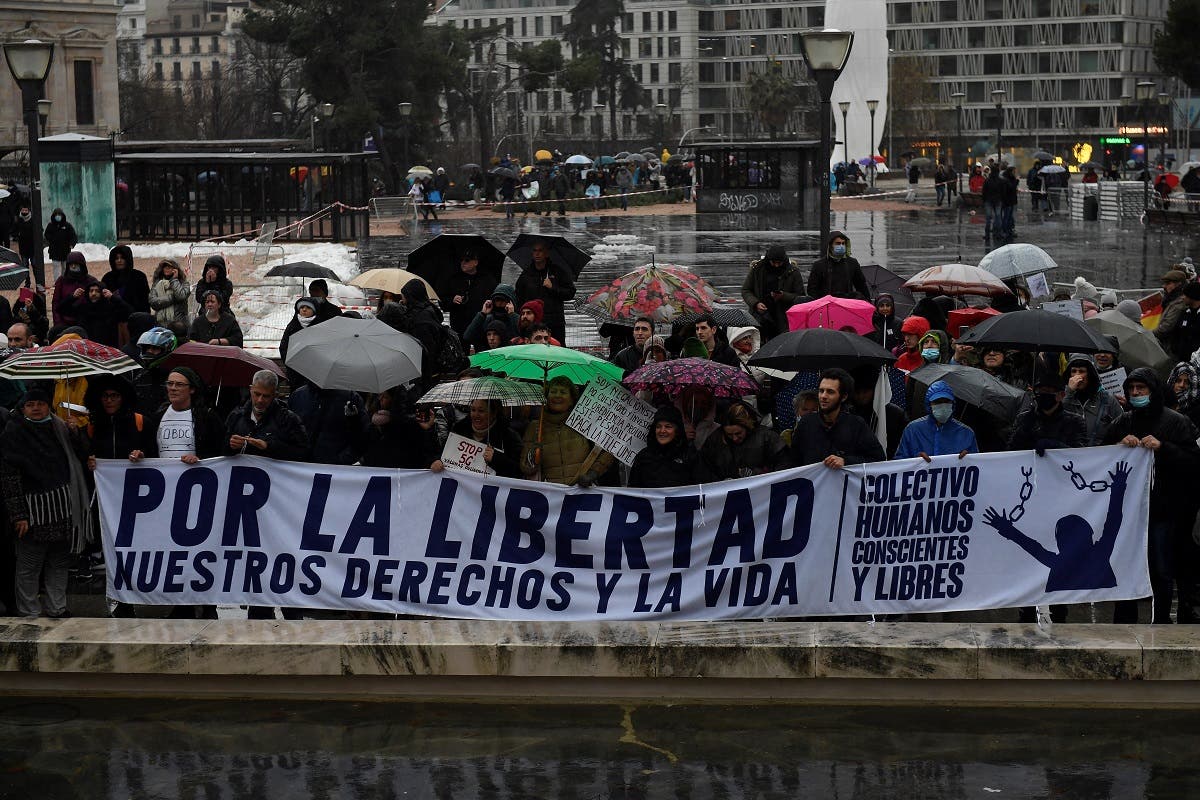 Demonstrators hold a banner reading “For the freedom of our rights and life” during a protest against coronavirus restrictions in Madrid on January 23, 2021. (Pierre-Philippe Marcou/AFP)

His departure came just a day after the interior ministry sacked a lieutenant-colonel who served as a staff liaison to the civil guard, because an internal report found he had received the shot without being a priority.

The report accuses several other defense staff members of improperly receiving the vaccine, and Robles has warned more resignations could follow.

Politicians have also resigned over receiving the vaccine out of turn, including Manuel Villegas, health adviser for the southeast Murcia region.

But Javier Guerreron, health advisor to the Spanish north African enclave of Ceuta, refused to resign, saying he had not violated any protocol.

“I didn’t want to be vaccinated,” he said, adding that he “doesn’t like vaccines.”

Spain has been hard-hit by the pandemic, having recorded 55,441 deaths from nearly 2.5 million cases so far.