Sony said it would no longer take part in Mobile World Congress in Barcelona after “monitoring the evolving situation” after the coronavirus outbreak.

The organiser has said the event, which attracts 100,000 people, will go ahead.

But it admitted other companies are considering whether to attend.

South Korea’s LG Electronics, Ericsson, the Swedish telecoms equipment-maker, and US chip company NVIDIA have all withdrawn from the conference, which runs between 24 and 27 February.

The GSMA, which organises the show in the Spanish city, said that while it could “confirm some large exhibitors have decided not to come to the show this year with others still contemplating next steps, we remain more than 2,800 exhibitors strong”.

However, it revealed that it had put in place additional measures to “reassure attendees and exhibitors that their health and safety are our paramount concern”.

These include a ban on all travellers from China’s Hubei province, the epicentre of the outbreak, while people who have been in China must provide proof they have been outside the country for 14 days.

The GSMA estimates that between 5,000 and 6,000 people visit Mobile World Congress.

The GSMA also says it will suggest participants should not shake hands with each other at the show, and microphones used by speakers will be disinfected and changed.

Coronavirus has now killed more than 800 people – the vast majority in mainland China – and infected 34,800 others.

Sony and Amazon pull out of major tech show

The Singapore Airshow, which is due to open on Tuesday, has also seen major firms pull out of the event, including US aerospace giant Lockheed Martin.

Bombardier and Gulfstream Aerospace have also said they will not attend. Apple is cutting back production of iPhone 14 Plus due to weak demand: Report 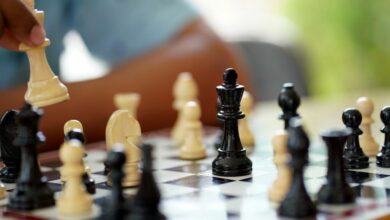