Bored during coronavirus quarantine? When looking for something to do, be sure that doesn’t include removing your own moles or skin tags, as some people have in a new “trend” on the social media app TikTok.

At least one video of an at-home removal process had some 10 million views on TikTok, Buzzfeed reported. Those attempting to remove unwanted skin tags or moles have reportedly tried using apple cider vinegar or over-the-counter skin tag removal kits.

But like many other social media trends, this latest one is potentially dangerous. Two dermatologists who spoke to Fox News — Dr. Latanya Benjamin, a Society for Pediatric Dermatology board member based in Miami, and Dr. Erum Ilyas, MD, a board-certified dermatologist with Montgomery Dermatology, LLC, and founder of AmberNoon, a contemporary line of sun-protective clothing —  explained why this is a bad idea, and what to do instead.

Read on for a look at what they had to say below:

Fox News: Why is an at-home mole or skin tag removal a bad idea?

Benjamin: The removal of a mole is an office-based procedure and is typically performed by a trained health care professional in a medical office. The clinician will numb the skin using local anesthesia to prevent any unnecessary pain and bleeding — this is an important part of the process and cannot be done at home yourself. I do not recommend at-home mole removal under any circumstances, especially for young people. Just because you’ve seen it online does not make it safe or advisable.

Ilyas: The concept of removing moles at home is nothing new. I have heard of this for years. People have told me that they have tied dental floss around their moles to try to get them to fall off. Apple cider vinegar is a common go-to for do-it-yourselfers. Taping garlic to moles, rubbing potatoes, hydrogen peroxide, rubbing banana peels — I feel like I have heard and seen it all. TikTok has introduced these techniques and more to Gen Z. Some of these methods are meant to cut off the circulation to a mole to help it to fall off, some are meant to irritate a mole to encourage it to fall off, and some are meant to bleach or lighten a mole. I have actually had patients show up at my office for an urgent visit because they tied the dental floss around their mole and are now stuck with the mole and dental floss attached to their skin as well as patients with uncontrollable bleeding with piles of gauze taped to their skin trying to control it.

There are some obvious issues with trying at home mole removals that most people can appreciate. The most obvious concerns are the risk of infection, pain and significant scarring. Even with what seems to be a low-risk option such as rubbing potatoes, it can often even bleach the surrounding skin leading to a halo effect around the moles you were trying to get rid of. This makes it look like a target and only further accentuates the mole (which will likely still be there afterward).

Fox News: What problems could be caused by removing a mole or skin tag yourself?

Benjamin: At-home mole removal is dangerous without proper sterile technique and could lead to a bad skin infection, unsightly scar, a residual pigmented mole that could regrow or worse, an undetected skin cancer that could be difficult to later locate again on skin before it leads to spread and cause death.

Ilyas: The most concerning issue from my perspective is the simple fact that there are a lot of spots our skin can develop. To remove what you may think is a harmless growth may not be what you think it is until it is evaluated. I have had patients come in for a skin tag that once biopsied showed evidence of melanoma. Basal cell carcinomas can sometimes look like a skin-colored growth. The worry I have is something I have already seen a number of times in the past — an attempt at removing a “mole” at home can result in missing a skin cancer that can worsen over time and impact your overall health.

Fox News: What should people do instead?

Benjamin: If you are bothered by what appears to be a mole, have a dermatologist take a look. Many dermatologists are now offering virtual TeleHealth visits. So while you are at home, the doctor can take a look and give you preliminary advice as to whether your mole should be removed now, later or is safer to be left alone. Always trust the advice of your dermatologist over tips shared on social media.

Ilyas: All that being said, as much as I stress that people should have their moles evaluated by a dermatologist and removed safely in the office, the reality is that I know that some will still try at home removals for a variety of reasons. Sometimes it is a misunderstanding that removing moles is a “big” procedure. I can clarify this quickly — most mole removals based on size are simple and straightforward and can be performed safely within minutes during a routine visit to your dermatologist. Sometimes people do not come in because of cost concerns. This concern is worth discussing with your dermatologist. Also, remember that the cost of infection or scarring can end up being more costly than the mole removal itself!

The best advice I can give if you find yourself in the position of having attempted a mole removal at home is to look out for a few key issues.

The first is to monitor the skin for signs of infection. Pain, tenderness, redness, swelling, oozing or discharge of pus can be signs of an infection and you should notify your doctor right away.

The second is to follow your skin to ensure that it heals within a period of two to three weeks. If a few weeks go by and the skin is struggling to heal, please have this evaluated by your dermatologist. Sometimes a nonhealing wound can be a sign of potential skin cancer or persistent infection that needs to be evaluated.

Lastly, if you notice any residual evidence of the mole after attempting to remove it or if the mole grows back, please see your dermatologist. Any pigment or color at the base or the mole regrowing should be evaluated to avoid missing anything of concern.

The most important thing to remember is that there are a number of growths on our skin — not all are benign and these should be evaluated before being removed. Dermatologists can offer a number of safe, quick, low-cost, low-risk options to remove moles and growths that bug you while not compromising your health.

What Social Distancing Is Like For Parents Of Kids With Autism

A Pandemic Pregnancy Is a More Dangerous Pregnancy

Cannabis-based medicine for epilepsy available on NHS from January 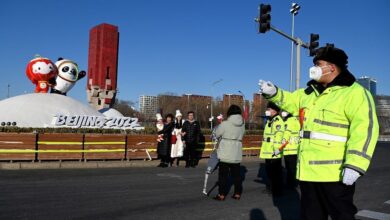 Explainer: How China got blue skies in time for Winter Olympics