Qatar recorded 1,189 new confirmed cases of coronavirus on Sunday, bringing the total above 22,000, according to the Ministry of Health on Twitter.

The rise is a similar number to the previous day increase of 1,130 new infections.

It also recorded one new death from the virus, bringing the death toll to 14.

An additional 2,753 people had recovered from the virus, said the statement. 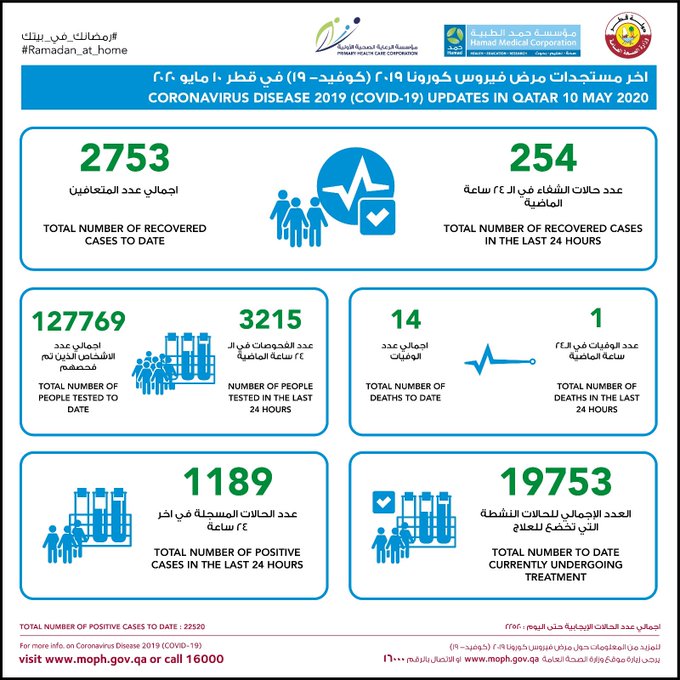 121 people are talking about this

Qatar has experienced a rise of around 1,100 new daily cases for several days in a row.

The announcement comes on the same day the United Arab Emirates reported a spike of over 700 new cases, compared to around the recent normal of around 500 new daily cases.

The increase in cases may be linked to the easing of restrictions in several Arabian Gulf countries due to Ramadan.

In Saudi Arabia, authorities reported 1,704 new cases as they eased restrictions in the city of Medina on Saturday.