The Palestinian prime minister called on Israel Monday to close all West Bank crossings, saying a lack of Palestinian control over the access points was responsible for surging coronavirus cases.

The call from prime minister Mohammed Shtayyeh came as both the occupied West Bank and Israel continued to see a rising virus caseload, sparking fears of a second pandemic wave that could prove difficult to contain.

“The infection rates reached unprecedented levels in Palestine due to many things, including that we do not control our crossings (and) our borders,” Shtayyeh said ahead of a weekly cabinet meeting.

“We are calling on Israel to close all the crossings and for Palestinians working in Israel to stay at their places of work and not return to the Palestinian territories,” he said. 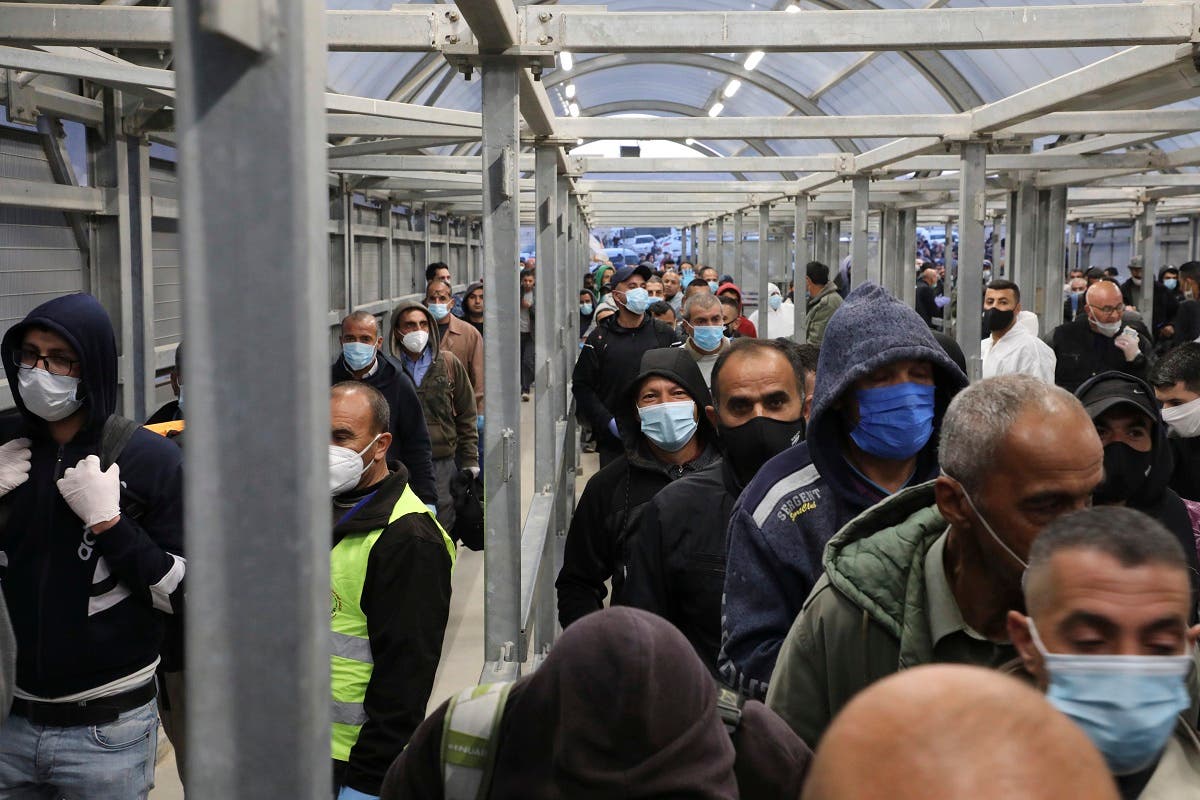 Palestinian labourers queue to enter Israel through the Mitar checkpoint in the occupied West Bank city of Hebron, on May 3, 2020. (AFP)

There have been more than 4,200 confirmed coronavirus cases in the West Bank, including 16 deaths.

Israel has meanwhile recorded more than 30,000 cases, including nearly 18,000 recoveries and more than 330 deaths.

Prime Minister Benjamin Netanyahu said Monday that it was clear the pandemic was “spreading.”

“If we do not act now, we will have hundreds, and perhaps over 1,000, severe cases in the coming weeks, which will paralyze our systems,” he said.

His government later announced plans for renewed restrictions, including the closure of event venues, clubs, bars, gyms and public pools – all of which had re-opened in recent weeks.

Fresh curbs on the number of people allowed in restaurants and places of worship were also set to come into force.

Taliban aim to sign deal with US by end of month: Report