Oman recorded 298 new coronavirus cases in the last 24 hours, 209 of which were detected in non-Omanis, bringing the total number of confirmed cases in the country to 4,019, the Ministry of Health announced on Wednesday.

Eighty-nine cases were recorded in Omani citizens, the ministry added.

So far, 17 people have died of the virus and 1,289 others have recovered in the country.

The Ministry of Health announces the registration of (298) new confirmed cases with Coronavirus (COVID-19).#omanvscovid19 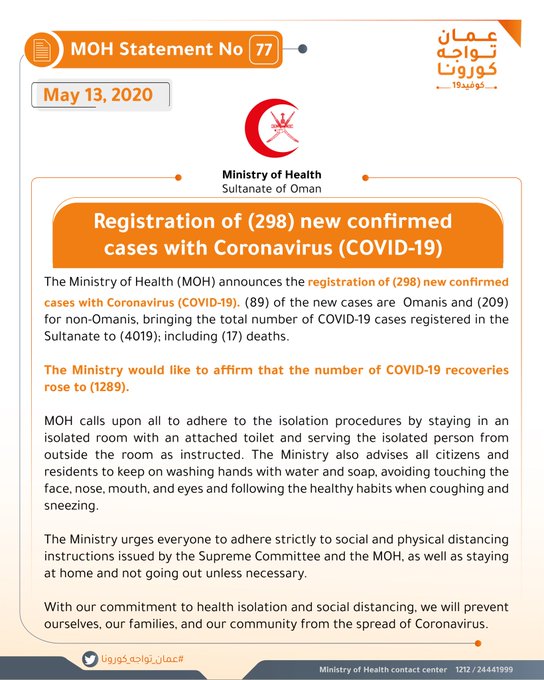 Oman announced its first two cases of the virus on February 24 after two Omani women were infected during a trip to Iran.

The government has since imposed strict measures to prevent the virus from spreading further. The lockdown in the capital Muscat was extended until the end of May and Ramadan mass gatherings were banned.

The ministry urged the public to adhere to precautionary measures to prevent the spread of the coronavirus.